It has been a busy few months in the Chapter, what with the Sydney Architecture Festival, the Country Division Conference and Architecture on Show. We are hoping to use the lead up to Christmas to review and build on the achievements of this year, and begin the plans for 2016.

The New Year will also bring a strengthening of our focus on the Institute’s three key strategic pillars: education, membership, and advocacy. This will involve evaluating our current programs, their relevance and how they relate to these three key directives. There will be some strategic decisions to be made in the next few months, potentially challenging ones, yet necessary. Members can expect to see a revised program of events and Chapter initiatives as a result. It is important in changing times and competing pressure for resources, that our programs programs and offerings remain relevant to you as members and are also realistic to deliver. National Council has been hard at work, ensuring your Institute is fit for the future and we are very confident with their strong leadership and direction, we will continue to deliver our strategic priorities.

The Sydney Architecture Festival, now in its ninth year, was held October 2-5 2015. The Festival had a revised format with a condensed and curated four days program that was action-packed over the long weekend. The Festival included a range of talks, tours, film screenings, workshops and competitions. These engaged with a broad range of topics for public and the profession alike- from the evolution of housing to providing creative spaces, architectural export services and designing for kids. The flagship public event of the Festival was held at the new Goods Line in Ultimo, offering a full day program of events including yoga, talks, tours, an industry symposium, short film screenings, Meet an Architect sessions, and workshops for photography and drawing. This day was a great undertaking in itself and we thank Sydney Harbour Foreshore Authority for all their guidance in helping this year’s Festival become the first public event held on the Goods Line. We are also hugely thankful to the City of Sydney for their ongoing support.

A very special thank you to the hardworking Chapter team, in particular Hannah Burgess and Hannah McKissock-Davis, in bringing the Festival to fruition, as well as our colleagues at the Architects Registration Board and the Festival’s inaugural Event Directors Lucy Humphrey and Claire McCaughan of Archrival and John O Callaghan. Thank you also to all those members and volunteers involved who dedicated their time, efforts and also opened up so many spaces and new partnerships.

One of the key objectives this year by Chapter Council has been taking Council on the road. The third of these Chapter Council meetings was held recently at the Country Division Conference in Bathurst. Judging by the excellent turn out and engaged audience, this initiative is a very important way of capturing member key issues and ensuring action can be taken through to Council. One of the key issues discussed, was a review of the Design Safety Template, and this will now be reviewed by the Practice Committee. The Practice Committee works hard to represent both small to large practice and is currently reviewing a number of issues including the Client Architect Agreement.

Our ArchiMEET CPD event was held at the Newcastle Museum this month and 50 members attended. Also, the Newcastle Division PALS Course was held again this year and the course has been well supported by our members seeking architectural registration.

Our Newcastle Architecture Awards 2016 will open in November, with the winners progressing to the NSW State Awards. We look forward to entries from all over our Newcastle area which includes our Central Coast members and Forster/Scone Upper Hunter members.

This year the Newcastle Division Committee has focused on strengthening links with our local School of Architecture at the University of Newcastle. We have worked with the university to co-brand and promote some local seminars presented by architects and landscape architects from Barcelona and Calgary and we look forward to presenting many more for our members.

This year the University of Newcastle celebrates their 50 year anniversary, and the work of many of the students and alumni of the School of Architecture and Built Environment was recently celebrated at a function at Christ Church Cathedral. More than 300 built and unbuilt works were artfully displayed in both digital and hard copy at the Cathedral in a reflective, yet fun event. We are fortunate to have such a highly regarded university within our region and are pleased for our members to have played a part in their success.

We’ve come so far, so far turned out for many to be an apt title for the Country Division annual conference held in Bathurst in September. Once delegates had recovered from the journey and the excitement of overlooking the Bathurst 1000 track during pre-race preparations, the focus turned to regional practice in the past, present and future. Amongst the Day One speakers, Robert Morris-Nunn suggested that heritage architecture links communities to their past and to each other, with the architect able to play the role of impartial enabler in the creation of sustainable, informed communities.

Day Two saw Hannah Tribe and David Trevalia provide inspiration for exceptional yet modest local buildings born from collaborative working practices, an understanding of place and strong client relationships. Andrew Burns wrapped up the final day with the question, “How can you respond to a place you don’t understand?” reflecting the core Country Division belief that good regional practices have a bright future in the impending expansion of our regional towns and cities.

Allen Jack+Cottier (AJ+C) is always seeking new opportunities that bring challenges and diversity to our practice. We understand the importance of building relationships within remote communities and because of this, our work can be found scattered across regional and country New South Wales, namely in Orange, Bega, Parkes, Lismore, Wagga Wagga and Dubbo.

An appreciation of challenging and intriguing projects of varying size, scale and location has also seen AJ+C’s presence grow in Broken Hill with three significant projects, including an upgrade of the Broken Hill Civic Centre; a new strategic vision for the mining town’s main tourist attraction; and the CBD renewal strategy which was done in conjunction with the Government Architect’s Office and Electrolight. All three projects will ensure Australia’s first National Heritage Listed City “The Silver City” thrives as it moves into a new phase of life, and is recognised as a centre of art and as a state and national heritage item.

Construction is well underway on 177 Pacific Highway, North Sydney for client, Leighton Group. The 32 storey commercial tower will create a new gateway to North Sydney, anchoring the northwest corner of the CBD. Its asymmetrical composition creates a dynamic tower that has been sculpted to eliminate overshadowing of special public areas in North Sydney. A unique long span structure consisting of a 17m span with 6m cantilevers creates highly flexible open plan floors.

The glazed Garden Plaza is designed to form a seamless transition between inside and outside. A restaurant and cafe will offer generous spaces for social gathering and informal meetings. The Garden Plaza is potentially host exhibitions and events.

The main office lobby is raised above the Garden Plaza and anchors the space. A second dedicated lobby is accessed via escalators to a raised volume overlooking the plaza.

177 Pacific Highway is a next generation workplace and will be the first new high-rise office in North Sydney this century. The project is due for completion in September 2016.

The construction of the Orange Regional Museum is now well under way, with the base build component due for completion in December 2015. Crone Architects’ vision will respectfully integrate a new building within the existing Civic Precinct while strengthening current public domain conditions within the site.

The design, which has been strongly supported by the local community, will house a new contemporary museum and cultural centre space along with visitors’ information and café.

The museum will celebrate the history of the greater Orange Region through both temporary and permanent exhibition spaces.

The museum’s sloped turfed roof will serve as a public green space and the outdoor amphitheatre as a formal event space while giving the building its iconic form.

The façade materiality is fairly minimal, defined by a continuous concrete ribbon edge beam and large areas of glazing that provide visual links between the interior and exterior. The 1100m2 building occupies the corner of the Byng Street site, completing the civic precinct comprised of the current award winning gallery, library and civic theatre.

Also in Wagga Wagga, the development and expansion of the Courthouse continues and stage one is due for completion in early 2016. This project to expand the court complex to meet the current and projected needs has responded to the architectural character of the original building and presents a positive and lasting transformation of a significant civic facility.

At Goonoo Goonoo station outside Tamworth, TKD Architects have been involved in a series projects since 2007. The current project sees the introduction of large new buildings and the transformation and adaptive reuse of the historic wool store and shearing shed to accommodate a new hospitality and events venue. 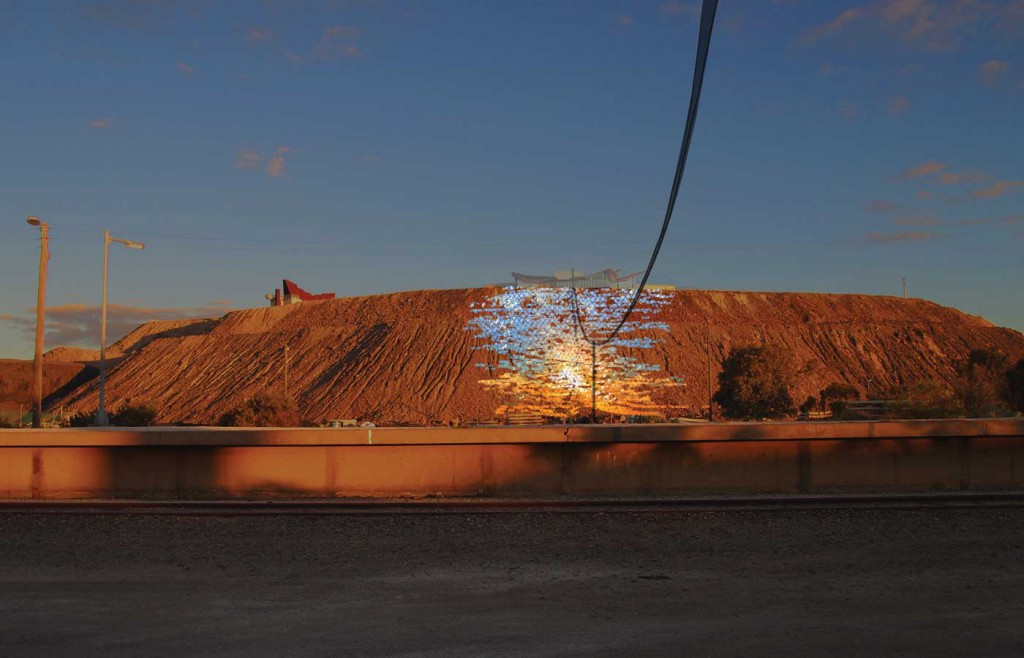 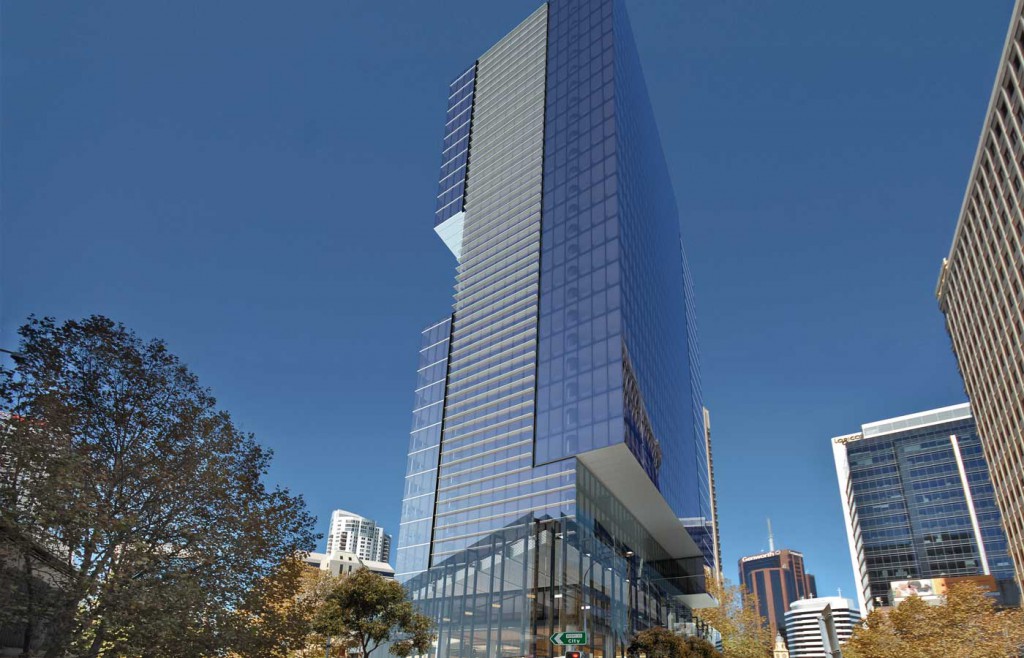 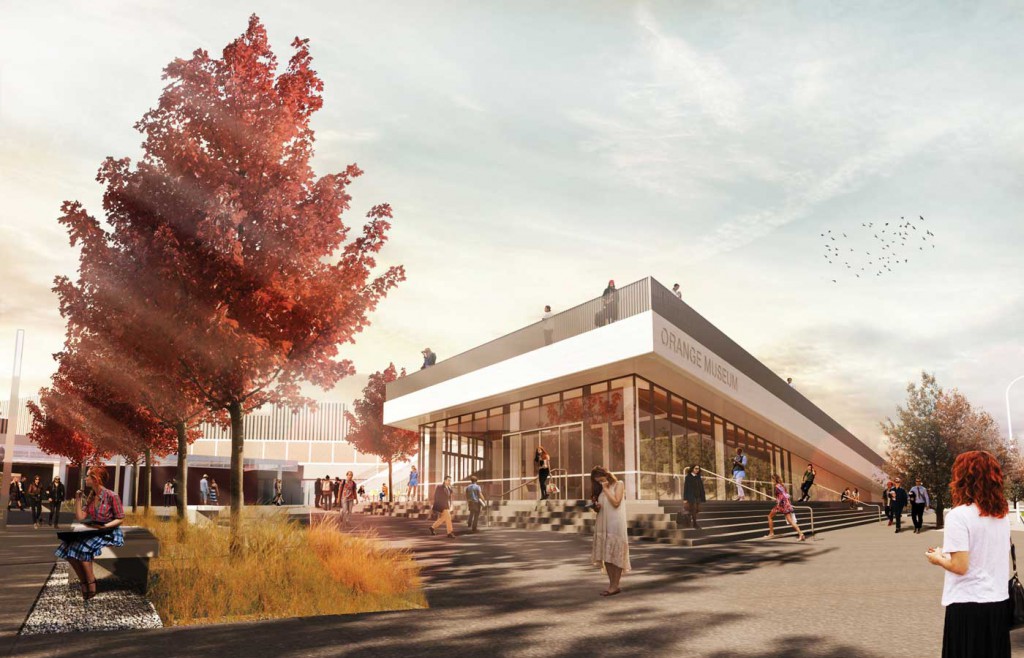 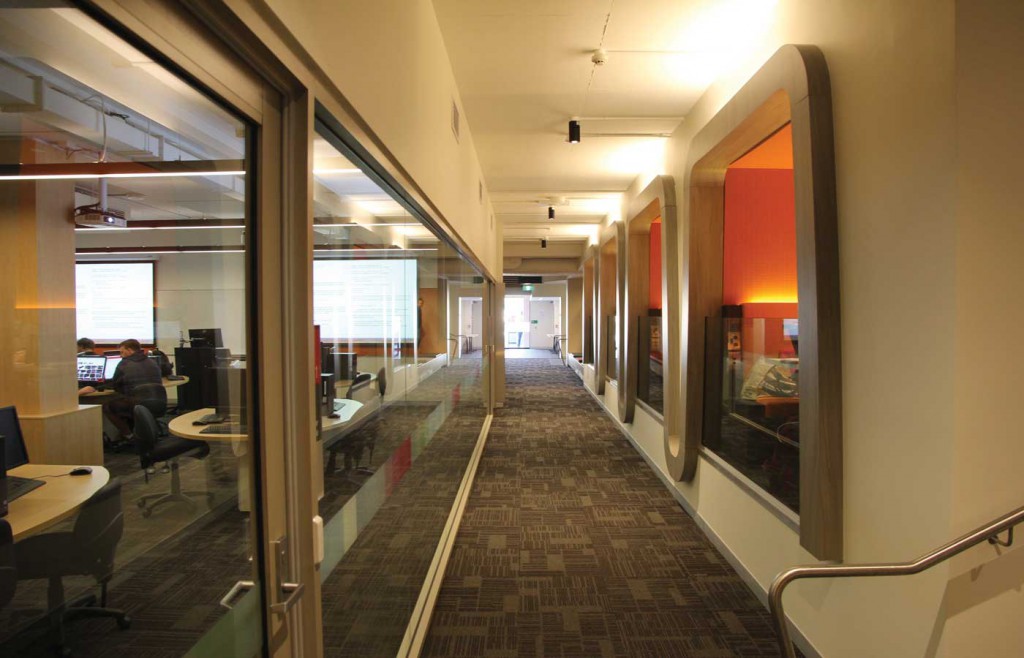