What are the opportunities for architects who are based regionally or are considering making that sea change? Callantha Brigham speaks to Tricia Helyar and Virginia Wong See about their decisions to move to regional NSW and establish practices.

Callantha Brigham: Why did you leave Sydney to work in regional NSW?

Tricia Helyar: I grew up on the north coast of New South Wales but went to university in Sydney and practised there for around 20 years. I had always intended to go back to the coast but it takes a while to establish yourself and then the cycle of jobs tends to lock you in for two-three years. But there came a crystal moment in my practice about five years ago when I was between clients and thought if I don’t go now I will have to wait at least another three years for an opportunity. So I moved to Bellingen. Moving there felt like coming home.

Virginia Wong See: My partner Hamish and I are a bit similar to Tricia in that we weren’t originally from Sydney. I had grown up in Canberra and Hamish had grown up in Newcastle. I stayed in Sydney for 30 years but never intended to live there for that long! Our reasons for leaving Sydney were part family lifestyle and part practice. Our daughter is a keen horse rider and this started taking us out of the city every weekend – until at a certain point

we looked at each other and thought what are we doing, we should be living somewhere else. Now I work four days a week and go horse riding every Wednesday. Horse riding is my best design day and very important to let me think. So it was a lifestyle choice, but the other reason was that we had been working in Sydney on a lot of similar projects for a long time. Terrace renovations seemed to be the core of our work, and while there was plenty of it, it was all quite similar. Our work outside Sydney now offers a lot more variety.

Callantha: What was it like to establish yourselves in regional NSW?

Tricia: I was told it would take me about five years to establish myself in Bellingen, but there are probably more architects on the North Coast than there is demand. It’s been around five years, but I still need Sydney work and have a Sydney office.

Virginia: The further inland you go the easier it probably is to establish yourself. In the beginning we took whatever came in; a sundeck or veranda extension; but within 12 months we started to get some larger projects. We don’t advertise. In smaller environments people know each other – for example we went to Moree for one project and came back with four. It’s been four years now and we have great variety, mainly residential and some community work; but we still do the little projects if people ask for them. In the regions you tend to become more of a general practitioner, you really feel like you are here to help people in the community.

Tricia: There is also a very supportive environment in the regions between architects. There are times when work is a bit slow but when we get together, even the four other practices in Bellingen, it’s a collegiate environment. We are competing, but not really.

Virginia: We have had the same experience. There are four of us in Armidale but we are all offering very different services so it doesn’t really feel like we are competing. If a job came in and we weren’t comfortable with it you could refer to the other three architects quite easily. Country Division has also been an incredibly supportive environment for me in this regard. I didn’t even know it existed and I felt a bit suspicious at first, but the organisation itself is made up of a really helpful, friendly group of people. It’s actually fun to attend the annual conference and one of the main reasons I go is to catch up with friends.

Callantha: What is the nature of work in regional areas, can you talk a bit about the challenges, differences and rewards?

Virginia: The budgets available for projects are a lot lower than they are in Sydney. Our work is very accessible – we have never worked on a house over a million dollars. All of our buildings can be built by local builders because we only use standard cost effective construction methods. People generally have a greater awareness of what things are worth and expect value for money. Farmers are very practical in the way they look at things. If you show them a light you have bought in the middle of Surry Hills for $2,000 you are going to be laughed at. Property prices are not what they are in Sydney and it is easy to overcapitalise. For this reason we always talk about an exit strategy with our clients. If something happens in their lives and they can’t afford to keep the building we don’t think they should be paying back $100,000 for a building they don’t own anymore.

Tricia: The demographics on the north coast are quite different to the big properties on the western plains. The retirees I am working with are predominantly young, have been successful in their careers and sold out of Sydney for a tree-change. Existing housing stock is not of great quality so they are either modifying or knocking down and rebuilding. They are conscious they are overcapitalising but they don’t intend to leave their houses and so for them is less of a factor. At the other end of the spectrum affordability is a huge factor. You hear of the extreme measures people take to get into the housing market, for example: living in their car for a couple of years while they are working or studying to save a deposit. One of the issues in Bellingen is that there is not enough diversity in housing stock. Much of what is available is three or four bedroom houses and there aren’t enough smaller places available for people to enter the market.

Callantha: I find it interesting Country Division has awards we don’t have in Sydney, such as one for affordable housing. Do you think it reflects a different ethos?

Tricia: On the north coast there is a culture of using building designers and not architects. It’s not that they don’t know what architects do, they just assume everyone is an architect.

Virginia: Entering projects for awards in country division is not about putting in an award to win it, it’s about us getting architecture out to the general public. I know a lot of people who wouldn’t put in an award in Sydney because it wouldn’t go anywhere. You put in a lot of time and effort and then it doesn’t get exposed to anyone other than any other architects.

Tricia: The Country Division awards go on tour and are viewed at a number of exhibitions each year in regional centers as well as our annual conference. We have four seminar days each year and we try to have a public event, either an Architecture on Show or a public exhibition associated with that event. These are really important for getting our work out to the general public. We have had two Architecture on Show events in Bellingen, including one on affordable housing, each attended by 70 people. That’s a big turnout for a town of 5,000. Virginia is currently working on dinner in a woolshed which will include a photographic exhibition documenting woolsheds. This is partly about positioning architecture as part of culture and art – not just architecture within our profession. People really respond to it and Institute support gives these initiatives credibility, because it is an old institution and people respect old institutions in country areas.

Virginia: The affordable housing award is also a really important category. It seems to be hard for architects to tell the truth about budgets but it’s something we need to learn to talk about. We have built our own projects and know how much things cost and how precious money is. When you look at the way some architects design, really the most interesting houses are the ones they design for themselves because they spend their own money very differently to the way they spend their client’s. If everyone were to treat their client’s money the way they treat their own I think there would be a lot of very different housing stock out there. It would push people into thinking more creatively about the budget. If we can move to the point where architects can build affordable buildings then that makes us competitive with the project home market and that’s when we will achieve better design outcomes within the built environment overall.

Callantha: What do you think about the future of practice in the regions?

Virginia: There is a huge amount of work out here that people are unaware of. Every country town has work and whether it’s private, community or public buildings, there’s plenty of work across the country. If we can make it easier for architects to work in regional areas – even collaboratively – we will end up with much stronger regional town design.

Tricia: I would like to see a strengthening between Sydney and regional-based practices and maybe there is a role for advocacy to promote regional practitioners. I had a friend flying in and out from Sydney to Port Macquarie and driving up to Nambucca to do weekly site meetings. There are a number of local architects who could have assisted with this. Potentially there is the capacity to develop these relationships.

For a full transcript of this interview please visit architecturebulletin.com.au. 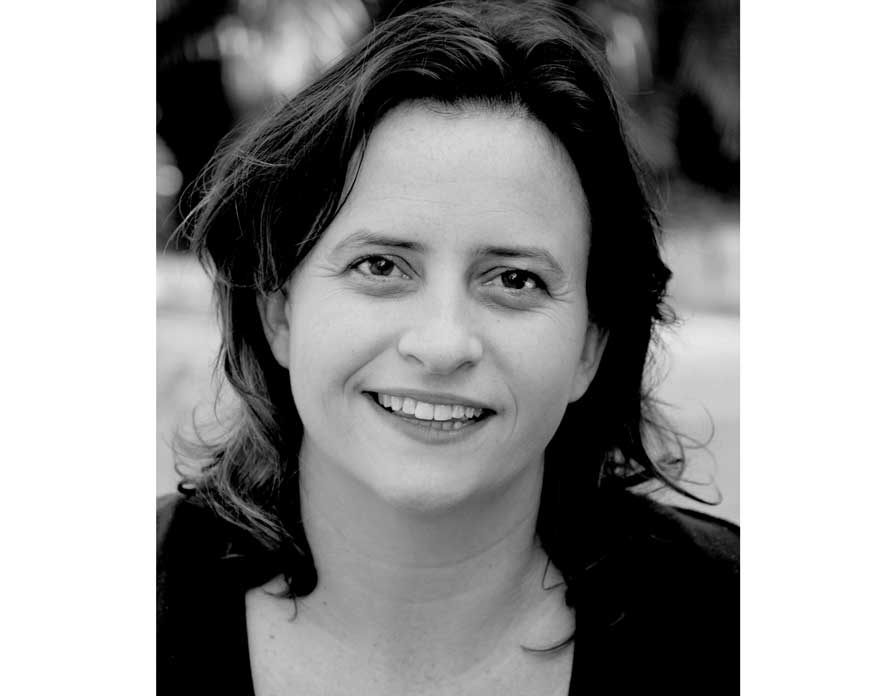 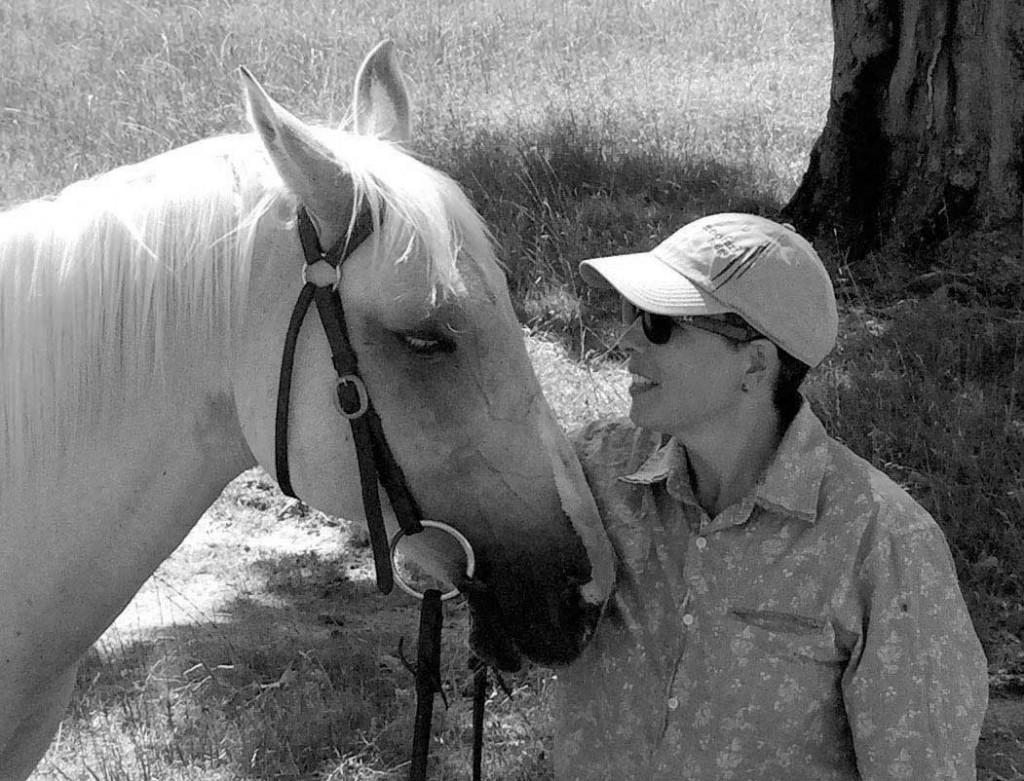