The post-war period was a time of considerable focus on the possibilities of concrete, with a number of architects experimenting with thin shells, geodesic domes and tensile structures. When Dr Dante Bini graduated from the University of Florence, Italy, in 1962, he was influenced by the experimental work of Heinz Isler, Felix Candela, Frei Otto and Buckminster Fuller. Although interested in domes as a built form, for Bini the expensive and complex formwork required was prohibitive.

In trying to resolve this, Bini began exploring the potential of inflatable formwork, or what he would term ‘Pneumoform’. His technique utilised an inflatable neoprene-coated nylon membrane overlaid with a network of steel springs and reinforcing bars. A thin layer of concrete was then poured over the membrane. In a process that took roughly one to three hours the membrane was then inflated, the entire mass of wet concrete, springs and reinforcement rising to the desired form. The Pneumoform used readily available materials, reduced waste, eliminated costly formwork and large site teams, and dramatically sped up the construction process.

Bini successfully demonstrated his technique in 1965 in Crespellano, Italy, with a 12-metre diameter, hemispherical concrete shell structure. Intrigued but disbelieving, prominent US engineer and professor at Columbia University, Mario Salvadori invited Bini to demonstrate the method at Columbia’s New York City campus. In 1967, over just a few hours, an audience of 700 watched as a 15-metre dome rose to completion. As Will McLean notes in the introduction to Bini’s recent book Building with Air, “this experience, and the subsequent worldwide press exposure, launched the unique career of Dante Bini as an architect and building systems inventor.”

The patented automated system was licensed across the globe with Binishells rapidly constructed in Brazil, Cuba, Saudi Arabia and the UK. Again a source of great attention, Bini designed and constructed a two-level Binishell in Costa Paradiso, Sardinia, in the late 1960s, as a holiday villa for legendary film director Michelangelo Antonioni.

In 1971 the Department of Public Works New South Wales was seeking a fast and cost-effective construction technique to add desperately needed multipurpose centres, gymnasiums, libraries and other buildings across New South Wales schools. Ian Thomson from the NSW Government Architect’s Office, travelled to Italy to meet Bini and explore the system. Clearly impressed, the Department of Public Works engaged Bini as an architectural consultant to design, direct and train its staff in all aspects of constructing the domes. Bini’s considerable energy and charm burst on to the Sydney architecture scene, and he remained in Sydney for six years as a prominent figure advocating, developing new construction techniques, and lecturing at the University of Sydney.

The first school project, Narrabeen North Public School library was a showpiece of the method’s potential. The three-dome complex, still loved and well used by the school, remains one of Bini’s career favourites. Between 1974 until 1978 the Department of Education constructed eight Binishells or shell complexes.  The program included 18-metre diameter shells or shell complexes, generally used as libraries, and 36-metre diameter multipurpose centres, often used as gymnasiums.

The method proved challenging for the department and incurred increased scrutiny following a failure during construction of a dome at Fairvale High School, Fairfield. Despite this, the program was considered safe and efficient and a further six domes were constructed. In total, 14 schools received Binishells or multi-shell complexes. Although the Pittwater High School dome collapsed  in 1986, most of the Binishells have proved useful and durable, with 10 remaining in New South Wales schools.

Bini’s legacy is considerable with 1,500 Binishells constructed in 23 countries. In 2014, his villa for Antonioni was featured in a project by Will McLean at the 14th Venice International Architecture Exhibition. Bini’s company, Binisystems, remains in operation, run by son NicoloBini. With an increased focus on structural efficiency and the minimal use of materials, the firm continues to explore the possibilities of air-formed structures.

A Binishell constructed in 1978 at Malvern Girls College in Worcestershire, UK, has been listed as a Grade II structure by English Heritage. The National Trust NSW is preparing similar nominations for Binishells at Ashbury Public School and Ku-ring-gai Creative Arts High School. Although examples of Binishells can be found around the world, the comprehensive use of the system by the Department of Public Works New South Wales remains unique. With the bicentenary of the NSW Government Architects Office due to be celebrated in 2016 it seems a good time for the brave and innovative Binishell program to be acknowledged by heritage protection. 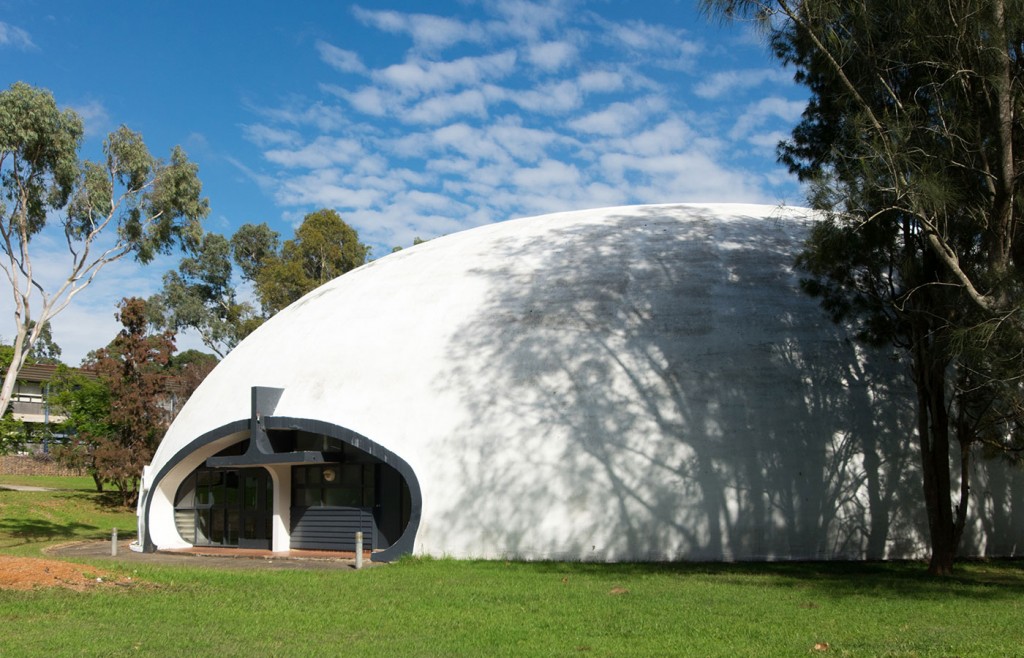 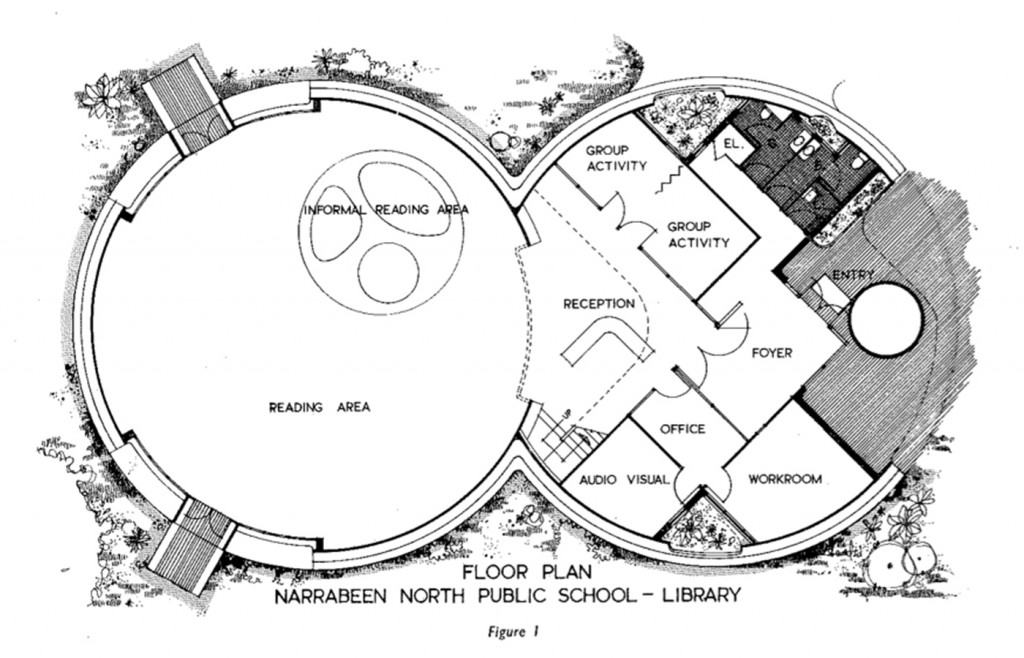