Four emeritus GAs outline their major initiatives and achievements during their respective terms in office. Many of the projects were architectural awards winners, as can be seen in the overall summary of the achievements of the Government Architect’s Branch.

After twenty years in the GAO designing buildings and master planning sites for an exciting range of projects, from hospitals and schools to major public buildings, zoos and universities, I was privileged to serve for just under one year in 1974 as NSW Government Architect. It was a seamless transition working closely with the same colleagues, but there were serious challenges to be faced in reorganising the office of almost 800 staff, including architects, engineers and administrative assistants. Many of the most talented names in the profession were designing remarkable projects in the office. We already were working in Ken Woolley’s urbane State Office Block, Andrew Andersons was applying his creative skills to the Art Gallery of NSW and Macquarie Street public buildings, Don Coleman developing world leading projects at Taronga Zoo, and many other outstanding architects were contributing superb and often prize-winning projects.

A major initiative was the introduction of long-overdue reforms to ensure coordination of design and construction phases of every project by forming integrated teams in each of the major specialist groups, specifically those dealing with schools, health buildings, tertiary education universities and colleges, as well as special projects including the Art Gallery, State Library and Parliament House. Resources for landscape and interior design were reinforced, and concurrently we established a Branch Board to debate issues and move to a more democratic form of management.

Fascinatingly, in retrospect, it was an era when computer graphics technology was just emerging as a serious tool, and new forms of contractual arrangements for building construction were being tested in the industry as alternatives to the typical competitive tender process based on exhaustive and comprehensive ‘working drawings’ and specifications. The industry and the office were changing dramatically. The design of possibly the largest-ever building project in Australia was beginning – Westmead Teaching Hospital. I worked with Ross Bonthorne to organise the planning, and Ross then designed a scheme for this vast project which was innovative, highly successful, and delivered in good time to serve the rapidly growing needs of Western Sydney.

After this challenging year, I was invited to the new role of Commissioner in the newly established Planning and Environment Commission. As a planner with commitment to urban design issues I moved on with very mixed emotions, but as compensation at least continued a close association with key staff of the GAO on a range of projects, collaborating on forward planning for key projects such as Circular Quay East, Darling Harbour, Observatory Hill and the city markets.

In the early 1980s, governments around the world were ‘commercialising’ government departments and ‘privatising’ government services where equivalent services were available through the private sector. The Government Architect’s Office was given a short exemption while it completed a large number of important projects leading through to the Australian Bicentennial Celebrations in 1988.

The initial steps in the privatisation of the Government Architect’s Office saw some architects, under a ‘client service’ banner, tasked with helping their previous client departments and agencies engage private architectural firms, whilst other architects formed a commercial design group, and others left to join private architectural firms. The Government Architect’s Office retained an advisory role to the Premier and Government Ministers on major State assets, such as the Sydney Opera House through to the State-owned heritage buildings, and on major projects such as the Governor Phillip Tower, Governor Macquarie Tower and the Museum of Sydney, the Sydney Olympic Games, and the Darling Harbour development. The office also carried out a range of feasibility studies for the Government, such as removing the Cahill Expressway from above Circular Quay.

My nomination for a favourite project would be the Sydney Sandstone Restoration Program, managed by the Heritage Group of the State Projects, which aimed to both conserve Sydney’s sandstone heritage and maintain the traditional craft of stonemasonry. This program was submitted in 1993 for the National Lachlan Macquarie Award for Conservation and the state award for Conservation– the Greenway Award.

I became Government Architect in 1995 shortly after a change of government to the Labor Party. The role had become less public so I set out building connections to ministers and particularly to the Premier Bob Carr. I was helped dramatically by the future Olympic Games to be held in Sydney in 2000 and through David Richmond, the head of the Olympic Coordination Authority, we got the Government Architect lifted into ensuring design quality across the Olympic facilities. Legislation also put the role onto the Central Sydney Planning Committee and the Heritage Council and a chairing role on a series of design review panels followed.

The Premier then asked me to take a leadership role with the design quality of residential flats which led to SEPP 65. With the confidence of the support of the Premier and the Minister, I then researched and wrote a history of the Government Architect’s Office in a book called Shaping Sydney – Public Architecture and Civic Decorum (launched by the Premier) and a series of other books: Greening Cities; Olympic Projects, and Homes Dot Com, which helped position the advocacy role. We used the Year of the Built Environment in 2004 as a framework to publish more and present an exhibition of Houses of the Future on the Opera House forecourt with massive publicity and visits.

We designed the Premier’s favourite project, the Conservatorium of Music (he kept the model in his office for a year), managed heritage tensions at the Walsh Bay redevelopment, lifted internal design quality by appointing Lindsay and Kerry Clare as design directors and established an Aboriginal design group called Merrima who designed some amazing lizard- and fish-like buildings at Bathurst and Wilcannia (the Googar Creative Work Centre at Bathurst gaol and the Wilcannia Health Service).

At a time of political volatility – with changing Premiers and government restructures – the office remained stable. I sought to align it with other parts of government to establish projects together rather than reactively compete for them and reframed the professional roles. On a number of projects we worked in partnership with other architectural firms.

We advocated an environmental agenda and targeted strategic initiatives. This approach was most successful under Premier Iemma, who with thoughts of selling the electricity grid had our office prepare a range of public projects across the State. Although these died with his departure, they helped strengthen relationships with other agencies to develop urban projects, such the Walsh Bay Cultural Precinct and Crown Street Mall, Wollongong.

Other important initiatives did not survive the change of Government in 2011; however, the office was strong enough to adjust with good strategic relationships, healthy finances and an energised workforce. A restructuring seemed inevitable. 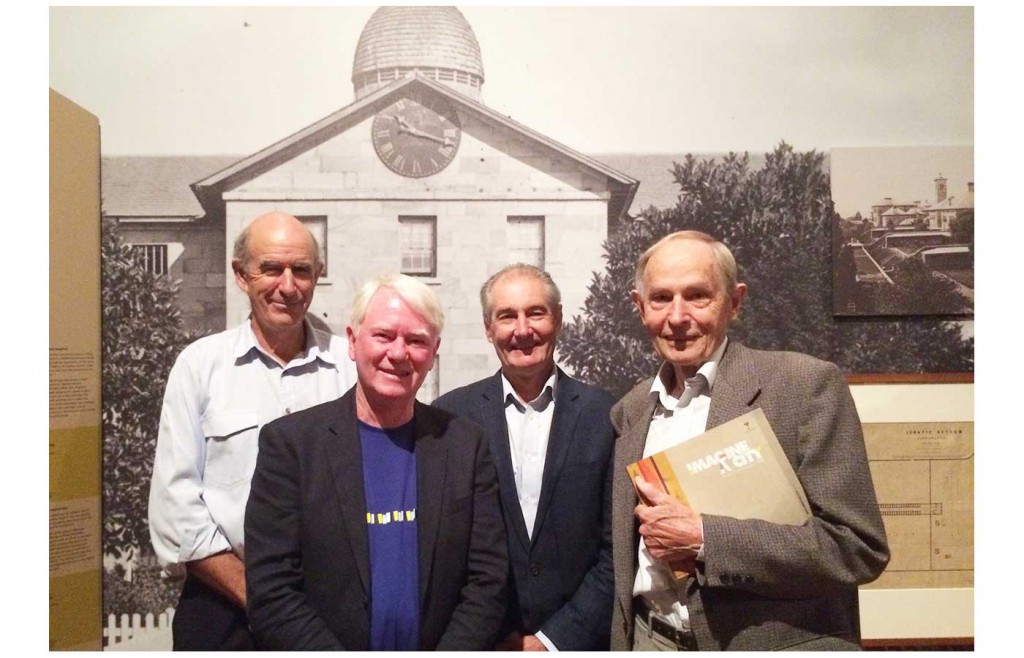