A shift in practice paradigm

This required a shift in the practice paradigm to purposefully engage in upfront project framing and more strategic projects, as well as design research and demonstration projects that put policy into practice. Alongside this recalibration of our role, GAO continued to develop the advisory role providing independent advice and championing design excellence through participation in design review panels, competition juries and procurement.

This evolution of the practice was achieved through various means and was enabled by the range of the practitioners in this large multidisciplinary office that included not only architects but also a diversity of other built environment professionals including urban and landscape designers, heritage specialists and engineers. While the overt objective of the practice was to serve government clients, the underlying modus operandi of the office has been to work to a larger agenda: the public interest. This has often required balancing the competing tensions of immediate political imperatives, while keeping the bigger picture and long-term aspirations clearly in sight.

A range of projects and initiatives over this period, set new benchmarks many winning recognition through industry awards and broader implementation. Here are some notable examples.

Partnering with state and local government clients in the early phases of project conception enabled them to be framed differently and possibilities explored that delivered more than imagined. Design Parramatta is a good example.

GAO worked with Parramatta City Council to develop this initiative. It was modelled on the City of Sydney’s Sydney Spaces initiative conceived in the lead up to the 2000 Olympics to stimulate city-wide discourse and successfully seeded a $100 million public improvements program. At Parramatta, working with limited resources and a lack of political buy-in, we were able to harness the design expertise of a wide range of design professionals through a global call for design concepts and demonstrate the benefits of these ideas to the Council.

The value of this project is manifold, and the ability of designers to conceptualise compelling ideas that bring strategies and policies to life cannot be underestimated. Design Parramatta engaged both the design and broader community, and secured unanimous endorsement from council that led to the rollout of a range of projects including Parramatta Square, Church Street Mall renewal, the Riverfront and the Parramatta Green Grid.

Another was Walsh Bay Arts Precinct. A project we conceptualised with Arts NSW in 2012, acknowledged the opportunity of working with multiple strategies and stakeholders to develop a proposal that delivered much more than the original project scope. We expanded our brief for an internal fit out of Pier 2/3 into a vibrant new arts precinct framing a new water square, outdoor amphitheatre and a green spine connecting Dawes Point to the new headland park at Barangaroo. This transformed an Arts project into an urban proposition with broader benefits to both Sydney-siders and the visitor economy. This leveraging was recognised by Infrastructure NSW who funded the first stage now underway.

Published in 2009, ESD was conceived as both an educational publication as well as an opportunity to showcase the capabilities of the office. It demonstrated to government stakeholders how ecologically sustainable development principles embodied in the diverse range of GAO projects not only met government’s environmental targets but embodied a range of additional benefits not foreseen by clients, including significant recurrent costs savings. Projects profiled programs such as statewide water saving and energy management programs through to buildings, adaptive reuse projects and precinct-wide water management strategies embedded in the public domain, such as Victoria Park at Zetland, a multiple award winning project.

Green initiatives have borne plenty of fruit. In conjunction with the Department of Environment and Climate Change (now the Office of Environment & Heritage), planning and local government in Western Sydney, we developed a kit-of-parts approach to tackle heat island impacts in Western Sydney. A range of strategies via place-based proposals in Liverpool and Penrith demonstrated the benefits of urban greening. This project led to the development of the award-winning Greencover technical guidelines. To date, the most far-reaching green initiative of GAO is the Sydney Green Grid.

Acknowledging the pressure of Sydney’s future growth, the community’s resistance to change and building on the Parramatta Pilot, our office proposed an open space strategy to underpin the Metro strategy that connects the dots – the existing green spaces, waterways, town centres and neighbourhoods – to create an interconnected system that contributes to the environment and quality of life of the city. This is now being implemented through the subregional plans and by multiple agencies.

Research by design has also been important. By far the most work has been done in the educational space. Schools have long been the mainstay of the office however in recent years the office was commissioned to research new models for teaching and learning for the Association for Learning Environments (formerly CEFPI), the NSW Department of Education and FACS.

Design guidelines for flexible learning spaces have been developed as well as new school models. These include high-rise schools such as Arthur Philip High School at Parramatta, schools as community hubs that share facilities and the Aboriginal Family Centres in rural NSW, which combine preschools and community health facilities.

Housing has now come into focus as the office moves into a more pivotal advisory role to planning, housing and urban growth.

Our involvement in projects of strategic significance over the last few years has been key to positioning the future role of the Government Architect as a central player in large-scale urban renewal projects.

Notable examples I led include the structure planning for the Bays Precinct and the Sydney Harbour Urban Design Framework that established the groundwork for the inner harbour planning currently underway and the Redfern-Waterloo Built Environment Plan (BEP) urban design framework, central to the renewal strategy for this corridor.

There are many other examples of note, however, the Government Architect’s Office has morphed considerably in recent years in response to the changing political landscape. The role will continue to evolve and be political while it challenges government and the private sector to do better in the interests of a higher quality built environment. Let us all be sure that the role has the support it deserves to advocate for the public interest, quality design and the livability of our cities for a long time to come. 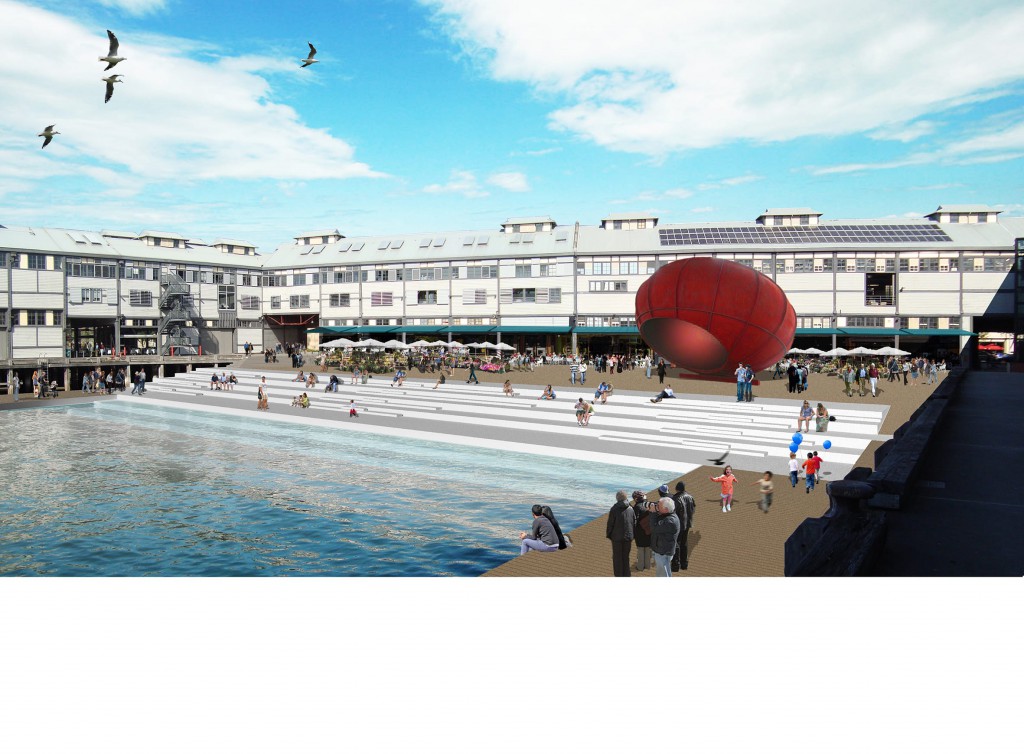