The big think: Reflections on the 2014 Dulux Study Tour

Reflections on the 2014 Dulux Study Tour

After winning a place on last year’s Dulux Study Tour of New York and Chicago, Jenna Rowe, Cherry Williamson and Michael Zanardo look back on lessons learnt, insights gained and their time spent together.

Imagine a Dulux Study Tour throughout Australia. What cities would you visit? Which firms would you choose to represent Australian architecture? And what impressions would we leave on our international counterparts?

Eight months have passed since my return from the 2014 ‘Think Bigger’ Dulux Study Tour and yet the lasting impressions and invaluable insight provided by the tour continue to inform and positively influence my day-to-day practice. While there was no set agenda or curatorial focus, having unrestricted access to some of the best architects in Chicago and New York provided a unique opportunity to speak to them openly and honestly about their practices: how did they get to where they are, what has been successful or not so successful about their work, and where do they see themselves going?

Reflecting on the discussions and observations made during the tour, a common thread among the many inspirational practitioners we had the opportunity to meet was a clearly defined approach to their business and an entrepreneurial willingness to diversify, experiment and collaborate. Toshiko Mori clearly outlined her four strands of business ‒ research, teaching, practice and pro-bono work ‒ while Paul Lewis from LTL Architects shared insights on establishing and running a practice that incorporates academia, material exploration, publishing and architectural advocacy.

An informative stroll along the length of the High Line with Diller Scofidio + Renfro’s Dustin Tobias proved to be a personal highlight and provided new perspectives and understanding of the city at each cross-street or curated shift in the design. These moments, among many others, continue to inspire and provoke critical thought. How well do I understand my own city? How can I strategically align my interests and involvement in architectural advocacy, collaborative design, community development, urban renewal and architecture to inform my future career direction?

I do not have all the answers yet, however, with the invaluable experiences, professional networks and lifelong friends provided by the 2014 Dulux Study Tour, I am more equipped now than ever to find them.

In the months that have passed since my US Dulux Study Tour trip, I’ve often been asked ‘So, how was it?’. It’s a question that remains difficult to answer.

I have begun to notice in subtle ways how the tour has contributed to both my practice of architecture and involvement in the profession. The aptly named ‘Think Bigger’ Dulux Study Tour slogan says it all. The tour itself is a brilliant idea, and at the Dulux alumni event in Melbourne this past October, it became apparent to me that each tour member evidently takes from the tour what is relevant to them at that particular point in their career.

However, in answering the question, while I naturally had my stand-out moments, it’s hard to retell a single anecdote that captures the entire study tour experience. Every moment built upon the last, affording a cumulative understanding of the sense of place for each city.

Upon reflection, I have realised what was personally beneficial about the tour were the moments that spurred on continuous thought, the moments that provoked me to challenge how I had previously understood a city, a place, an idea. One example would be speaking with the quietly spoken yet confident New York-based architect Toshiko Mori. She iterated that within practice she gets bored easily, hence her practice consists of four streams: research, teaching, practice and pro-bono work. This particularly resonated with me as a confirmation that collaborations between our profession, passions and personal interests hold immense value. I have many design industry based creative outlets, however, I have only been practising for three years, and sometimes I become anxious because our profession in its current state lends itself to be quite insular and narrowly focused. Mori’s work approach reinforced for me how the profession holds the potential to critically engage and advocate architecturally across various disciplines, ultimately bettering the environments we inhabit.

I tried to illustrate these moments through my Instagram photographs (pictured right). For me specifically, half of what I learnt on the tour stemmed from the critical evaluation and provocative discussions between my peers over dinner each night, in cabs between practice visits, or while waiting for coffee each morning. One of the more memorable conversations occurred while we were waiting in a never-ending queue to pass through security at Chicago Airport, Suzannah Waldron spurring on a debate: Mies van der Rohe vs. Frank Lloyd Wright.

Given this, I have to say my personal highlight was to be given the opportunity to share such a great experience with four exceptional emerging architects [Cherry and Michael from New South Wales, and Ben Milbourne and Suzannah Waldron from Victoria], all of whom I now consider lifelong friends rather than peers known only by name. I learnt a lot from them all, and feel very humbled to have been chosen to accompany them on the tour.

What a whirlwind! The 2014 Dulux Study Tour was an extraordinary 10-day architectural expedition that I feel privileged to have shared with fellow tourers Ben Milbourne, Jenna Rowe, Suzannah Waldron and Cherry Williamson. Together, we were given the opportunity to travel to Chicago and New York, meet with some of the best architects in town, and gain behind-the-scenes access to their projects.

The 18 offices we engaged with represented the full spectrum of practice, from small start-ups to multinational companies, undertaking work across all sectors. The variety in this curation ensured that all of our professional predilections were satisfied. The architects we interviewed were very generous in giving their time, and open with sharing their knowledge. To different degrees, we were able to investigate the inner workings of their practices, gaining valuable insights into how we could nurture our own careers. For me, our dialogue with Wheeler Kearns and John Ronan in Chicago, and Toshiko Mori and LTL in New York, were particularly relevant and rewarding.

And almost as much again was gained from each other by dissecting the day as we zipped between venues in taxis and talked over dinner each night. The ideas we had encountered fuelled robust conversations. Sharing personal perspectives with one another heightened the understanding of what we had seen and what we could draw from it. Our time spent together was also conducive to more general talk too, about our lives and practices, our challenges and ambitions. I learnt a lot from my colleagues and enjoyed our time together immensely.

Along with visiting a host of recently completed projects, our sightseeing also took in a fair share of modern classics: the Farnsworth House, Fallingwater and the Glass House; the John Hancock Centre; and the Empire State Building. Unity Temple was a standout. Tours with personalised guides offered the opportunity to ask questions as we explored Downtown Manhattan or took a Chicago Architecture Foundation river cruise. The incidental experiences were just as valuable: catching the subway, walking the streets, and comprehending the sheer density of a big city. I am sure that the places we have seen have broadened our perspectives and will provide ongoing inspiration for years to come.

I feel very fortunate to have been exposed to such a rich and intense experience. My sincere appreciation goes to the sponsors and organisers of the tour ‒ Dulux, the Australian Institute of Architects and EmAGN ‒ and I would actively encourage others to apply for the Dulux Study Tour. 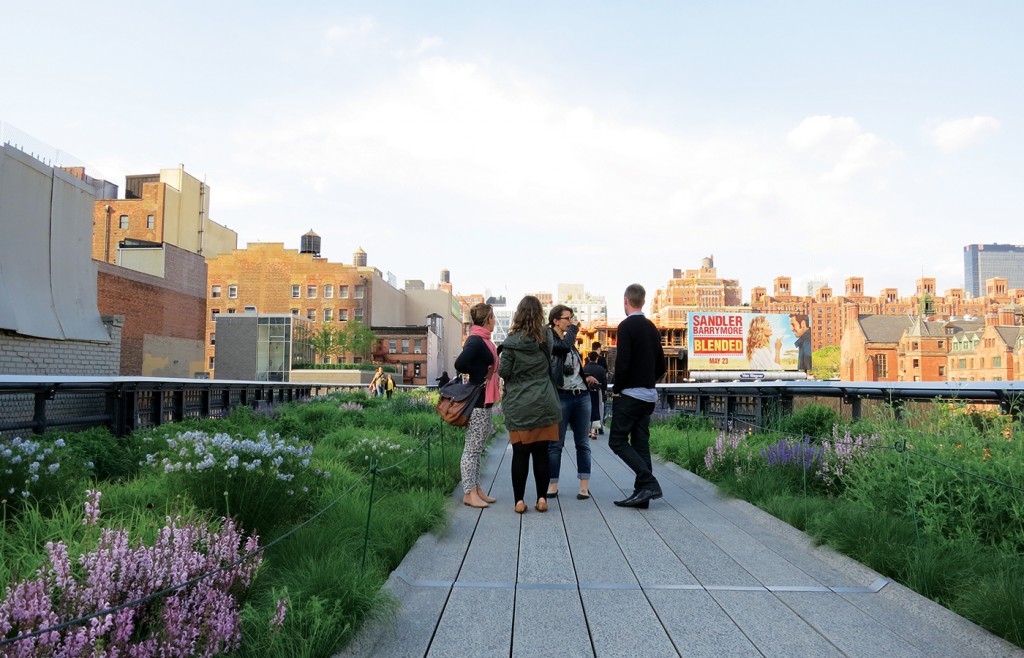 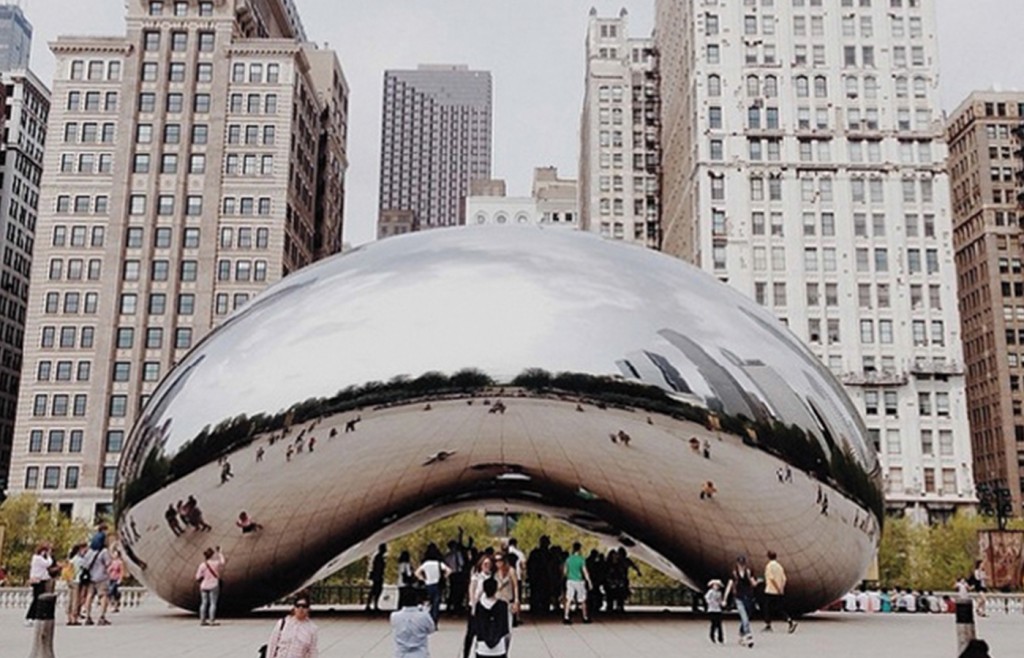 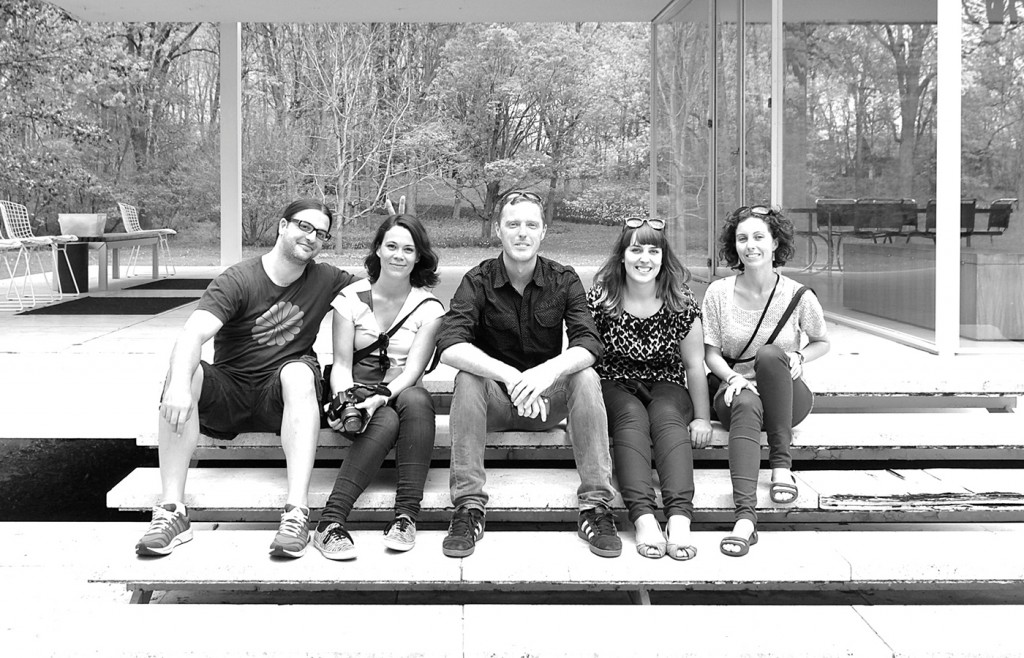