With the transition from Colonial Architect to Government Architect in the 1890s came an expansion in the range of buildings types designed by his office, reflecting the expansion of the colony of NSW. Under the newly appointed Government Architect Walter Liberty Vernon, the reconstituted Colonial Architects Office initially continued to design buildings for colonial administration and justice: police buildings, courthouses and post offices. Once the worst of the depression of the 1890s was over, the NSW Government Architect managed to successfully convince the Minister of Public Works that the competition system was unworkable and that the design of public buildings could be undertaken more cost effectively in-house. The NSW Government Architect’s Branch (GAB) began to design a much wider range of buildings across the state: country Land Board offices, suburban fire stations, country and metropolitan schools, university facilities, onshore facilities for the Navy, public housing and model factories in the Observatory Hill Resumed Area and buildings for recreational use, including facilities at tourist attractions, such as Jenolan Caves and Mount Kosciuszko. Official functions such as Land Board offices, that used to occupy a single room in regional courthouses, had expanded to the degree that new buildings within each Land Board area were required to process land registrations.

Under Vernon, the GAB began to experiment with a wider range of construction types and materials, seeking to erect buildings that were not only fire- and vermin-proof, but could also cope with the climate of country NSW. To combat the heat of the Australian summer, both John Sulman and Vernon trialled filling corrugated iron sheeted stud walls with sawdust (in the Bishops Palace and the Land Board Office at Hay respectively). The series of country Land Board offices designed between 1890 and 1910 show the GAB to have been refining the methods of keeping a building cool. In the initial ones designed in the early 1890s, motifs from the English ‘Queen Anne’ style, utilised by Vernon prior to his move to Australia, were combined with colonial methods of climate control: verandahs, shutters, wide eaves and vented roofs.

In 1896, the NSW Government Architect returned to England on a study tour to visit contemporary public buildings, fulfilling one of the conditions that he had made a requirement of his taking on the role. Vernon visited a wide range of buildings in England, Scotland, France, Belgium and Scandinavia, eventually reporting back to the Minister that in his opinion, the design of public buildings in NSW by his branch could hold its own against these overseas examples. For much of the work that Vernon and his branch undertook in country NSW, the contemporary buildings that he visited on his study tour did not provide a useful prototype. In his papers is a collection of photographs of architect-designed buildings in England and traditional buildings he saw en route back to Australia, such as the fountain court of houses in Cairo. Following his return from his study tour, Vernon’s office made far more use of colonial and vernacular precedents; precedents more suited to the climate of the areas of NSW that the office was designing new facilities for.

The new public buildings at Bourke, the Court House and the Land Board offices, erected in the late 1890s, are the most elaborate of the GAB’s designs intended to combat the extremes of the climate in inland NSW. In the design of the Bourke Lands Board office, precedents from Hill Station architecture seem to have been employed. Erected, like the other buildings in this series, with of sandwich construction of corrugated iron sheeting (as building materials were limited in Inland NSW), this Land Board office is raised off the ground and has encircling verandahs and shuttered windows. Frequent dust storms were the reason for the raised floors of the new public buildings erected in Bourke in the late 1890s.

The most revolutionary feature of the design was the water-cooled updraft cooling system. Water from a well was used to cool the air, which passed through the offices and was expelled via the roof lantern. An attempt at water cooling the earlier courthouse at Bourke had already been made in 1893. These attempts at air-conditioning have yet to be incorporated into the chronology of the development of building services in Australia, and should be considered revolutionary, as it was during the late nineteenth century, that the attempts were made internationally to ‘condition’ the air in public buildings. In the design for Bourke Courthouse, the typical floor planning for a courtroom – a central double-height courtroom flanked by corridors and offices, employed since the days of Mortimer Lewis – was abandoned. The rooms in the complex at Bourke open off three sides of a central fountain court; the fourth side, which is the entry to the courtyard, is a breezeway raised above street level. The main corner is not marked by a clocktower like country post offices, rather the Oxley Street corner is marked by a ‘chatri’ or shade canopy, a motif drawn from Indian and Indo-Saracenic architecture. The wide eaves supported on brackets shade the windows of the offices and the characteristic Diocletian windows of the courtroom. The roof ventilator to the courtroom survives today.

The Dalek-like roof lanterns that characterise many of the buildings designed by the GAB from 1890 until the 1920s, such as the Fisher Library and School of Agriculture at the University of Sydney and the regional technical colleges and museums such as Broken Hill, housed the outlets of the network of ventilation tubes. Air from wall vents rose up through shafts in the walls and was expelled via tubes laid above the ceiling via the lantern. A cross section of the lantern intended to the Technical College at Maitland was published that shows the ventilation tubes, however cost cutting measures saw the design curtailed.

One of the important legacies of the NSW Government Architect’s Branch are the carefully designed public buildings in country NSW, many of which are still in use. Their innovative solutions to ventilation and climate control remain relevant today. Recent works to the Parliament House complex in Adelaide have shown that system of roof ventilators to public buildings can continue to be utilised. The ceiling vents and tubes above the ceilings can be incorporated into a modern displacement air-conditioning system. 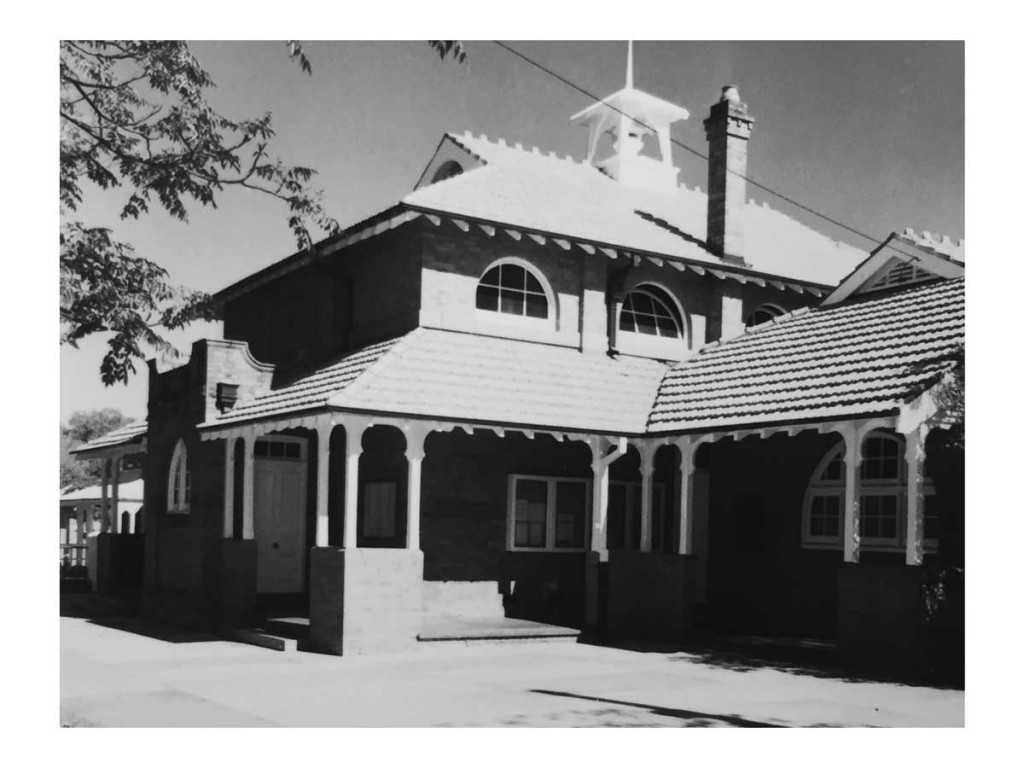 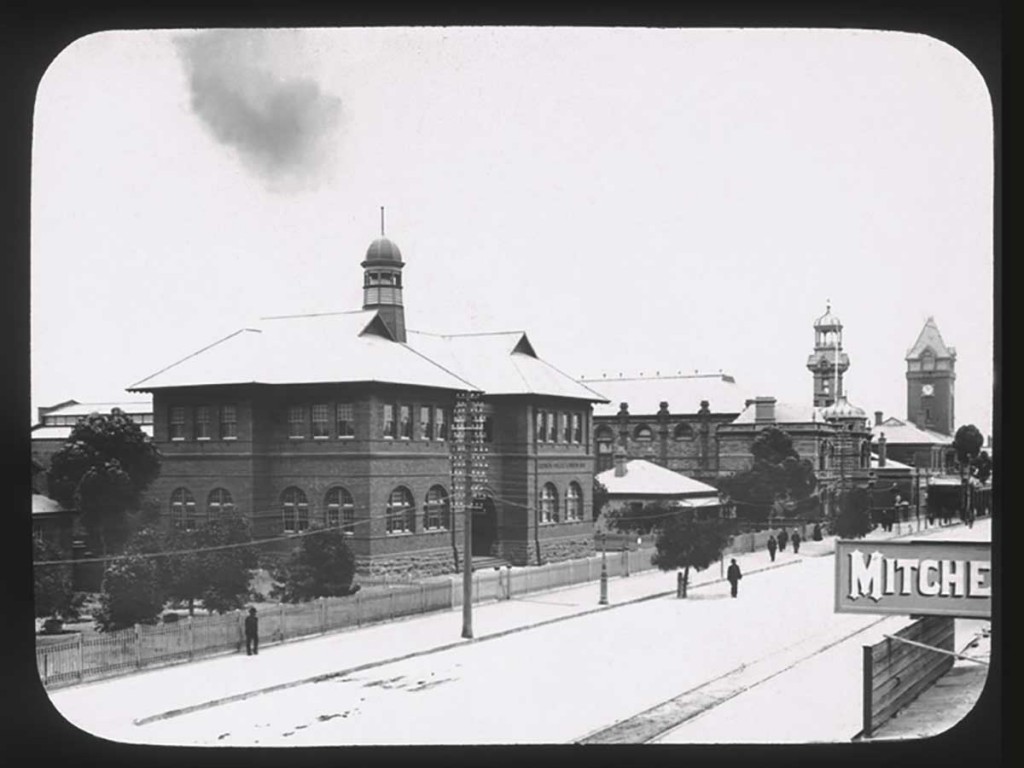