The Sydney Green Grid brings our open-space environment to the forefront; Barbara Schaffer explains the need for this green investment in the face of urban growth.

Sydney’s population is forecast to increase 80% by 2054, resulting in an additional three million people living and working in the metropolitan area. As population density increases, the challenge will be to shape the built environment to ensure that Sydney remains one of the world’s most distinctive and liveable cities.

In acknowledging that green space is a key hallmark of liveability, the Government Architect’s Office (GAO) proposed the establishment of a network of high-quality green areas that connect town centres, public transport networks and major residential areas. Now known as the Sydney Green Grid and regarded as an integral part of the Metro Strategy, this network aims to anchor sustainable development while maximising quality of life and well-being.

Although Sydney has many green and water enriched spaces, what is missing – and this is the aim of this project – is an overarching schema that approaches them in a connected way, ensuring that their contribution to our quality of life, the environment and the economy are maximised, rendering a working whole that is far greater than the sum of its parts.

Green infrastructure has an increasingly important role to play as we face the challenges of population and urban growth on the one hand and climate change on the other. Well designed and planned green infrastructure will help absorb flood water, cool the urban environment, clean the air, provide space for local food production and ensure the survival of Sydney’s fauna and flora as well as providing space for recreation, sport and leisure.

HOW WAS THE GREEN GRID INITIATED?

Inspired by the All London Green Grid, the GAO undertook a pilot project in Parramatta where the provision of open space at regional, district and local levels was assessed. The project targeted open space deficiencies and determined where additional open space was required in order to ensure equity of access. The result was an interconnected network of open space for Parramatta, proposing the optimisation of creek corridors for flood management as well as for walking and cycling. The street networks were examined and potential infrastructure corridors – such as light rail – were investigated; key suggestions for integration of the unique heritage components of the city were also made.

Having demonstrated the value of applying this thinking at the subregional and metropolitan scale; the GAO has since been working with the NSW Department of Planning and Environment to create an evidence-based, open-space audit across metropolitan Sydney. This audit acts as a baseline for exploring opportunities to create an interconnected metropolitan network that will support the projected population, housing and employment targets.

The Sydney Green Grid proposes an economic case for investment in green infrastructure beyond the provision of open space for recreation alone. Consequently, it is now understood by many arms of urban planning and design (in both the public and private sectors) as a value proposition, where benefit outweighs cost by raising the overall quality of investment in both the open space and investment alike.

In support of this economic investment the GAO benchmarked ideas against initiatives from around the world, where the benefits from reduced flood risk, improved health outcomes and increased ecological resilience are being quantified. For example, in Chicago the greening of only a small percentage of the city’s rooftops has significantly reduced air pollution. Chicago estimates that this investment could result in avoided health costs of $29 to $111 million USD annually. In 2011, Philadelphia created the Green City Clean Waters program a 25 year, $2.5 billion plan to protect and enhance the city’s catchments by managing storm water with innovative green infrastructure. The city estimates that using green infrastructure in lieu of traditional approaches could save $8 billion USD over the life of the program.

Based on Sydney’s unique character, the GAO aims to articulate a clear and compelling economic rationale for future investment in green infrastructure. Initial research has uncovered a number of cost/benefit analyses, but they are limited in scope and the implementation is fragmented. Sydney’s current parks, open spaces and other green features – such as street trees – are managed by over 42 different public authorities and agencies. This results in an approach to planning and management of a suite of assets that does not fully realise the potential that could be harnessed by a more integrated approach. To successfully create green infrastructure at the landscape scale we must transcend conventional silo modes of thinking within government and pursue an approach to planning, design and implementation where key agencies work together to support a common goal.

The GAO is actively promoting and advocating the Sydney Green Grid across government, influencing planning strategies, local government open space network plans, and UrbanGrowth NSW’s urban transformation precincts. This strategy needs to be owned by many.

The Sydney Green Grid envisions green infrastructure as a three-dimensional envelope that surrounds, connects and infuses buildings, streets and utilities. The concept of landscape as green infrastructure provides a potent framework for integrating the work of designers, planners, developers, policy makers and others, and leveraging this collaboration to achieve larger metropolitan goals.

The delivery of the Sydney Green Grid vision is a complex and challenging task. It is a long-term, evolutionary process that will require bipartisan support at all levels of government – national, regional and local. In London, the Greater London Authority is establishing a Green Infrastructure Task Force to advise on a long term strategy for London’s green infrastructure and the options for governance and funding. A similar move has been made in Sydney, with the NSW Government establishing the independent Greater Sydney Commission to oversee the implementation of A Plan for Growing Sydney. It is important that the strategic projects identified in the Sydney Green Grid can be delivered through the planning and development process, beginning with appropriate policies by local government in their local environment plans.

The awareness of landscape as both a vital resource needing protection, and a countervailing force that can be used to positively shape city and subregional development patterns, has seen this initiative included as a key policy directive in the most recent metropolitan plan – A Plan for Growing Sydney – in which implementing the Sydney Green Grid is designated a primary action.

When we see green infrastructure as an asset, that is integral to Sydney’s metabolism as its roads, rail lines and storm water pipes, and valued for the whole range of social, health, environmental, economic and educational benefits it brings to Sydney, then the importance of an integrated approach to management, enhancement and extension becomes paramount. Green infrastructure requires the same kind of protection, investment and innovation we afford more familiar types of built infrastructure. Investing in a comprehensive and well-managed green grid will provide the living thread that binds sustainable communities together and contributes to the future economic, social and environmental success of our city. 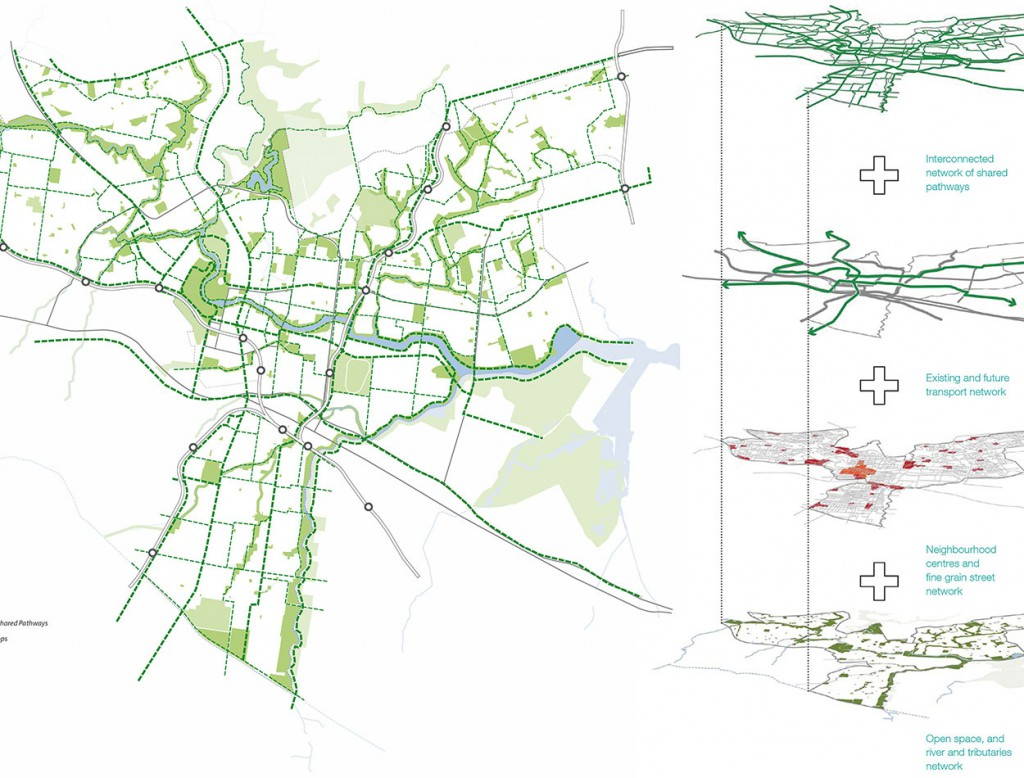 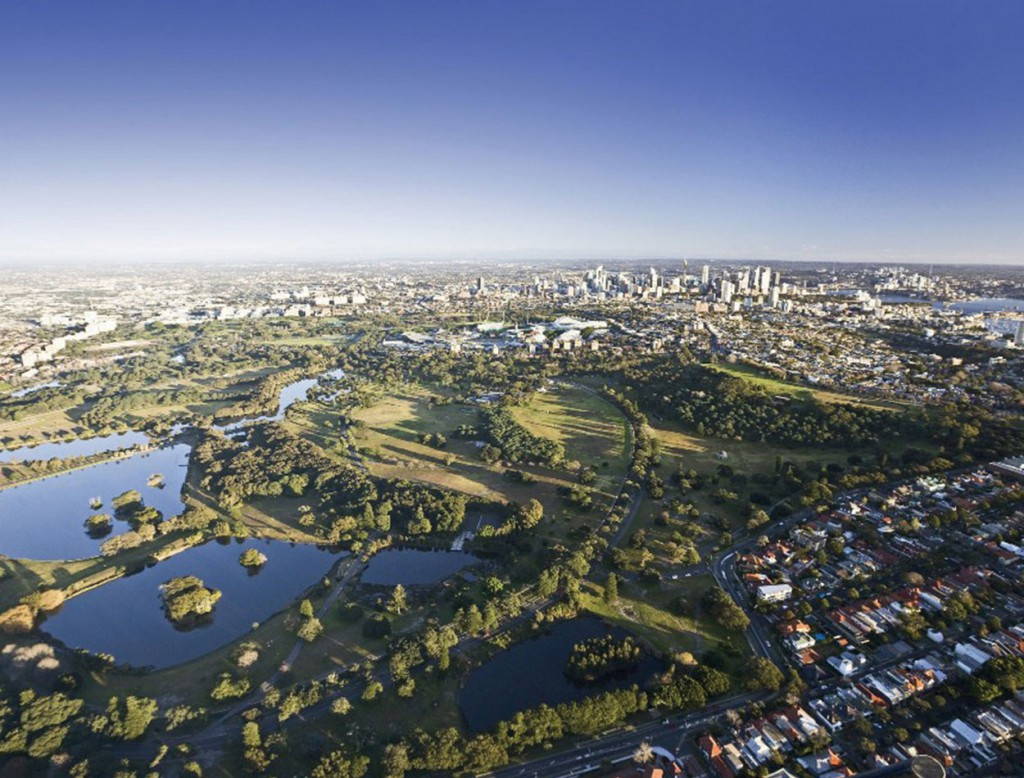