Michael Bogle reflects on the influence of Stuart Murray and Ken Woolley, and their impact as principals of Ancher, Mortlock, Murray and Woolley.

The loss of Stuart Murray and Ken Woolley in December 2015 lowers the curtain for the original principals of Ancher, Mortlock, Murray & Woolley. Sydney Archer had died in 1979 and Bryce Mortlock followed in 2004. This fabled practice is now integrated into Conrad Gargett Riddel Ancher Mortlock Woolley (CGR AMW).

Stuart Murray studied at Sydney Technical College (STC) where he attended classes led by Henry Pynor, the Melbourne-trained architect once described as by Walter Burley Griffin as “our right hand man from Melbourne’. Pynor must have facilitated Murray’s earliest architectural appointment as an assistant with the W.B. Griffin and Nicholls Sydney practice from 1945-1947. Murray later joined Sydney Ancher’s solo practice as an assistant in 1947, and by 1951 he had become a partner in the re-badged Sydney Ancher & Partners.1 He was introduced to Ancher (b.1904) after taking coursework under him at the STC.

In the 1930s, the STC’s architecture course was a four-year program that incorporated three years of “Styles in Architecture” (Classical, Renaissance, Late Victorian) that was integrated into the “Architectural Design” studio. Ancher was always vitriolic about “Styles” stating in a 1936 attack “too much time is devoted to a study of the architecture of the past and too little to a study of the present-day trend.”2 The published record shows, however, that Ancher was very adept in developing and drawing period-based designs for the STC student yearbooks.

Ancher led a rigorously disciplined postwar practice (he was demobilised from the Australian army with the rank of Major) and through several years of European travel, he had been captured by the Franco/German modernist obsession with an architectural system for design. His travelling scholarship report on The Evolution of Modern Architecture confidently stated, “The basis of the modern aesthetic is knowledge and system from which spring all the characteristics of clarity and exactness…”.3 Ancher heretically announced; “There are no really good British architects,” to the Sydney Morning Herald in a 1936 interview.4

Bryce Mortlock (b.1921) joined Sydney Ancher & Partners in 1953 after study at Sydney University. He said in a published interview “Syd thought that there were objective rules, although he didn’t know where they came from.” Mortlock, reveling in argument, found himself in opposition to system-based architectural analysis, once describing Le Corbusier as a “nut”.5 Mortlock later expanded his characterization of “Corb” to “evil”.6 These issues activated and entertained the office. At Ancher, Mortlock & Murray’s morning teas, “Syd would down tools and announce the topic for the day,” Mortlock explained. “He would ask, ‘What do you think of this?’ Or ‘What would you do under the circumstances?’ And off we would go.”7

When Ken Woolley mentioned he was looking for another position after his stellar career with the NSW Government Architect’s Office (NSW GAO), Mortlock informed Ancher and was immediately told to “Get Him, get him”. He was duly got in 1964 but Ancher soon found Woolley marched to a different drummer. “Syd used to come in and find Ken wasn’t there and ask us about the empty drawing board? … Ken would be out doing something useful for the practice…”, Mortlock observed.8 With the breadth and depth of his NSW GAO commercial-scale experience and domestic architecture work, Woolley was an ideal fit for the office.

As Mortlock commented, Woolley’s arrival changed the tenor of the office and the Ancher Mortlock Murray & Woolley practice began to grow in new directions. Some years later, Ancher decided to retire and withdrew in 1968-69. The firm began to gather larger commissions, especially within the education industry with New Brutalism buildings drawn from the philosophy of Alison and Peter Smithson at Sydney and Macquarie Universities.9 Stuart Murray left the practice in 1975 and the practice contracted to Ancher Mortlock & Woolley in 1970 with Mortlock retiring in 1982.

As Saunders and Burke wrote in 1976, “A large portion of the earlier part of Stuart Murray’s career … in the firm was occupied with developing designs which were not initially his… His major works belong to the later years.”10 It is tempting to see Murray’s design work flowering as Woolley consolidated his presence in the practice and Ancher departed.

Among Murray’s best-known commissions are the Ernst May-inspired Northbourne Avenue housing complex in Canberra of 1963 (with Ancher); the University of Newcastle’s Great Hall (with Woolley) of 1968; and his own 1967 Deepdene development (110 Elizabeth Bay Road), drawing on the precast concrete systems similar to those used by Woolley for his 1955 St Margaret’s Hospital Chapel. Murray had also had exposure to prefabricated concrete construction processes while working in Britain in the late 1940s. Murray had begun withdrawing from the practice c.1970 when he established the North Sydney Planning Consultancy and later practicing solo as Stuart Murray, Architect after 1976.

Unlike Sydney Ancher, Ken Woolley was no systems architect. As he said in a late 2015 interview, “My generation was starting to question the international style and its conclusions.”11 Some of the earliest critics of modernism’s fascination with system-guided design had also railed against it. “[Architects] must understand the special requirements of each task. We cannot set up systems, we have to start again and again … right from the beginning.”12 For Woolley, every new building demanded a new solution. The design and planning of the Park Hyatt (1989), Hickson Road by Ancher Mortlock & Woolley is a notable example of Woolley’s problem-solving abilities.

When Woolley began his career under Harry Rembert in the NSW GAO, he and his colleagues, among them, Michael Dysart and Peter Webber, developed an in-house Manifesto of Natural Materialism. Woolley said elements of the manifesto were written but now appear lost. It was the subject of much debate in Rembert’s “Design Room” where the Young Turks of the era were yarded. Woolley describes “directness” in the use of materials as an underlying principle of the manifesto.

In the NSW GAO, Woolley explained, “We set the idea that the run-of-the-mill building that had little structural demand might be entirely brick, with concrete emerging here and there like lintels … Then the next step was that the building started to have spans and they had heights and they had forms that required structure more than brick. So you added the concrete in a more [direct way] and the brick became perhaps an in-fill.”13

Woolley’s contribution to his profession is encyclopaedic and his aptly titled book, Reviewing the Performance: The Design of the Sydney Opera House (2010), his more recent design proposals for a permanent sound shell in Sydney’s Domain (2012) and his evolving radical concepts for a new Opera House concept on Bennelong Point (2014) illustrate a creative mind delighting in the ruminating on architectural problems. The original Ancher, Mortlock, Murray & Woolley solved many architectural problems throughout their original practice and many of their design solutions continue to inform the city’s planning and design. 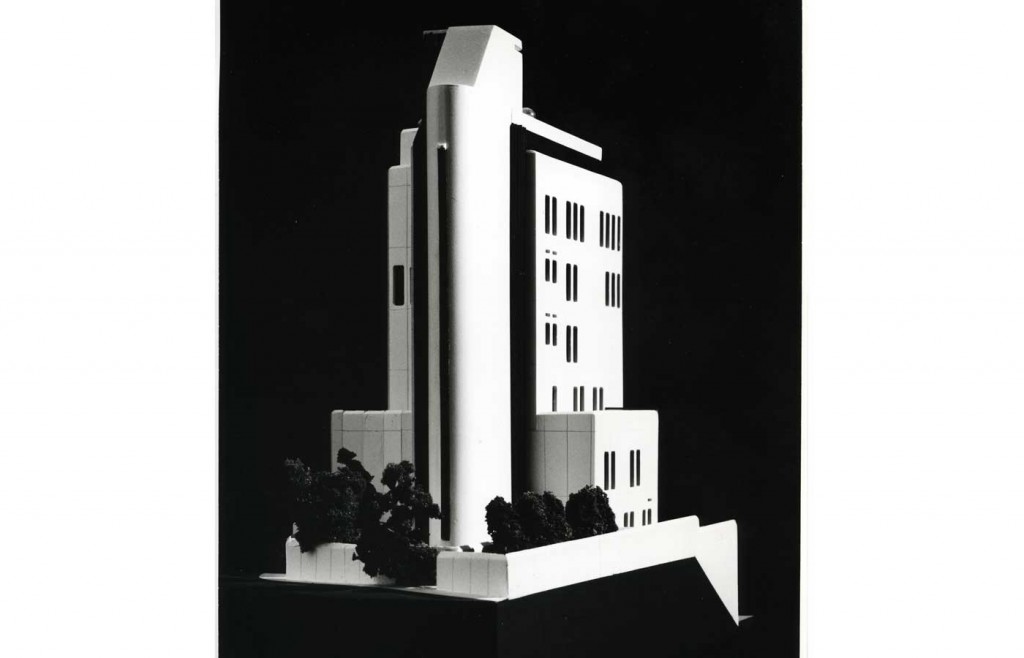 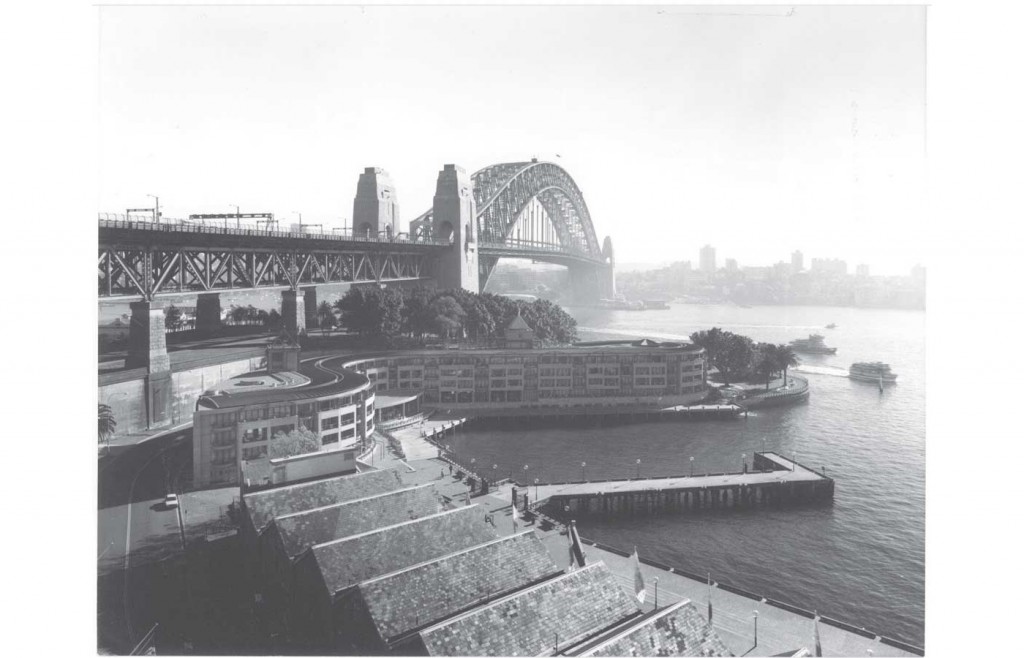 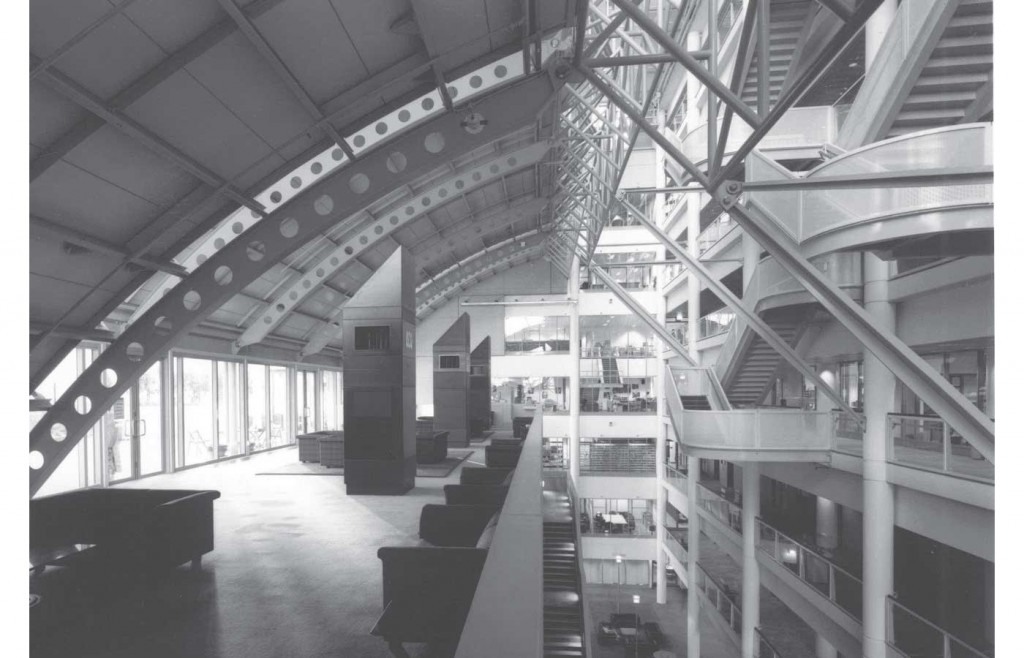