With the National Conference only months away, Anthony Burke sat down with this year’s creative directors Sam Spurr, Ben Hewett and Cameron Bruhn to discuss what they have planned for Adelaide.

Anthony Burke: Your conference is focused on time, How Soon is Now? Why is it important to focus on a temporal attitude towards the conversation of architecture, rather than some kind of thematic?

Cameron Bruhn: I think it comes out of a more bottom-up rather than top-down approach to how we talk about and think about architecture. The theme emphasises what happens in the room on the two days. The briefing the speakers have been given will enable them to reflect on what’s happening at their desk right now, and to articulate how this will impact on the future of architecture.

Ben Hewett: Also, I think the themes that have emerged help structure the title, How Soon is Now? and that idea of the temporal, or time, or now, or future. Those themes have emerged from conversations with the people that we’ve been meeting and interviewing and inviting [to speak].

Sam Spurr: We saw the opportunity of the conference as more than a singular event, to see it as a way of opening up a discussion around the key themes that would evolve from bringing these international speakers [together] in one place. The aim was to develop a conversation and see that as seeding the start to a bigger discussion, as opposed to creating an end product.

AB: What is it about being in Adelaide that’s significant to your conference, and how are you thinking of that interaction between the conference and the city as a great thing for us all to be a part of?

SS: That was another central part of the original [conference proposal] bid – an argument around the specificity of doing it in Adelaide and what Adelaide brings. We saw the conference as events happening within the convention centre but that would spill out, that there would be a lot of fringe events and that we would engage in a very serious way with that local context. Adelaide is a space where a lot of innovative, new ideas have been tested.

BH: My experience of being there [Adelaide] was there’s something about that scale and focus that allowed the intersection of a whole host of disciplines to occur. To foster that social innovation and really the intersection of city-making, planning, policy, music culture, a bar and café scene, and restaurants.

AB: Let’s talk about the three of you … You come from very different slices of the architectural pie, if I could put it that way. Government, academia and I would say, high theory in some ways. Cameron from media and the public relations and advocacy side of the coin. How are those strengths that each of you sort of champion, how have they worked together as a team?

BH: What’s been interesting is that we knew very quickly that we weren’t drawn from the centre of the profession. As a result, I think we’ve been super conscious and focused on that side of things: what is being done now? What is being realised now? What is being built now?

CB: It’s almost like this bird’s eye view of what people are talking about: how these different conversations happen in Perth, in Brisbane, in London.

SS: It’s a classic scenario of any kind of collaboration which works incredibly well when there is mutual respect for each other’s skills and abilities, but where you’re actually coming from three quite different backgrounds.

AB: Let’s talk more specifically about who is coming. Who might be the right people to host or respond to those conversations?

BH: We’ve certainly targeted the person we want as our final, keynote speaker to follow up those broader conversations on the second day and that’s Tom Fisher, who has written a whole host of books and given lectures on ethics, sustainability and resilience, the notion of the profession and what it needs, how it needs to position itself into the future to deal with broader societal and environmental issues. We feel he’ll be a great speaker to weave things together or provide a framework for that conversation to continue.

Sadie Morgan, from dRMM, a practice working in the U.K. across development and public work. A mid-scale practice in [a] design review role of infrastructure, working in a collaborative environment. To us, [dRMM is] a very good example of contemporary practice.

CB: On the other side of the Atlantic, but an ex-pat Australian, we have Julie Eizenberg, from Koning Eizenberg Architecture [in] Los Angeles, a practice that we admire greatly for their public work, for their work in housing and in small, highly adaptable public buildings. These are projects done without the flashiest of budgets, but that can wring a civic quality out of what might not appear [at first] to be a possible.

Probably the youngest ever keynote at a national architecture conference is Amica Dall from the practice Assemble. They’ve reinvented a format of practice in their own right. It’s not about a downturn in the economy, or not wanting to work for a boss or all the reasons why practices often start. It’s actually just about a different idea and pursuing it in this kind of, what would you call it …

SS: Very collective. I think they’re a nice example of the twenty-something architectural profession collective, who are not interested in the kind of typical constraints and categorization of what makes an architectural practice. [This] also allows them to be able to do some really incredible work in terms of urban regeneration and working with communities and councils.

Finally, we have Nasrine Seraji who is at the Beaux-Art in Paris, originally from Iran. She’s definitely someone who’s involved in the kind of nexus of [academia and practice we’re interested in] and is incredibly articulate about making arguments around a theorization of the city, around place, and around time, and what that means in terms of the contemporary architectural condition.

AB: I wonder, what are you expecting from the speakers? You’ve given four themes for the panels: Resilience, Transforming Populations, Creating Equity, and Advocating Futures.

BH: [The panel themes] have emerged from conversations with the speakers. We’ve pitched the idea of the conference, the broader theme – the emergent model if you like. Then talked about the sort of things we’re interested in. Populations are changing, demographics are pretty important to understand, affordability is a massive question in Australia. We’re always talking about our role in terms of architects advocating for a different sort of futures.

Then our speakers came back with their own thoughts on what those issues means to them – how they need to be connected to other issues or bigger questions. From there we workshopped them and decided that four themes would be a useful way to lend structure.

AB: Certainly with people like Tom Fisher, there’s an overt looking into the ethics of practice today. The building resilience, transforming populations and so on, seem to bring a very strong social dimension, but also an ethical responsibility of the practice of the profession, back onto the table. Do you feel that’s an important dimension of this conference?

BH: I’m glad that it’s evident. Perhaps it’s also in allowing [ethical responsibility] to be articulated, actually having that conversation around it and testing it and pushing it and prodding and examining that. Is it a strong enough framework for the contemporary context of practice?

AB: The last question, the one that simply has to be asked, you’ve spent six months or more now, thinking this through. How soon is now?

CB: The answer is every architect attending How Soon is Now? has to have a different idea about when now is. It goes to the different scales of practice. For a practitioner doing residential architecture as their daily practice, now is pretty close, because they’re working, they’re building every year. They’re getting projects done.

CB: Exactly. If you’re a practitioner whose main focus is working on billion-dollar infrastructure projects, which will impact the city in 10, 20 or 50 years time, [then] now could be 50 years away. We have to use this theme to explore everything between the very quick and the very, very long-lead implications for architecture. 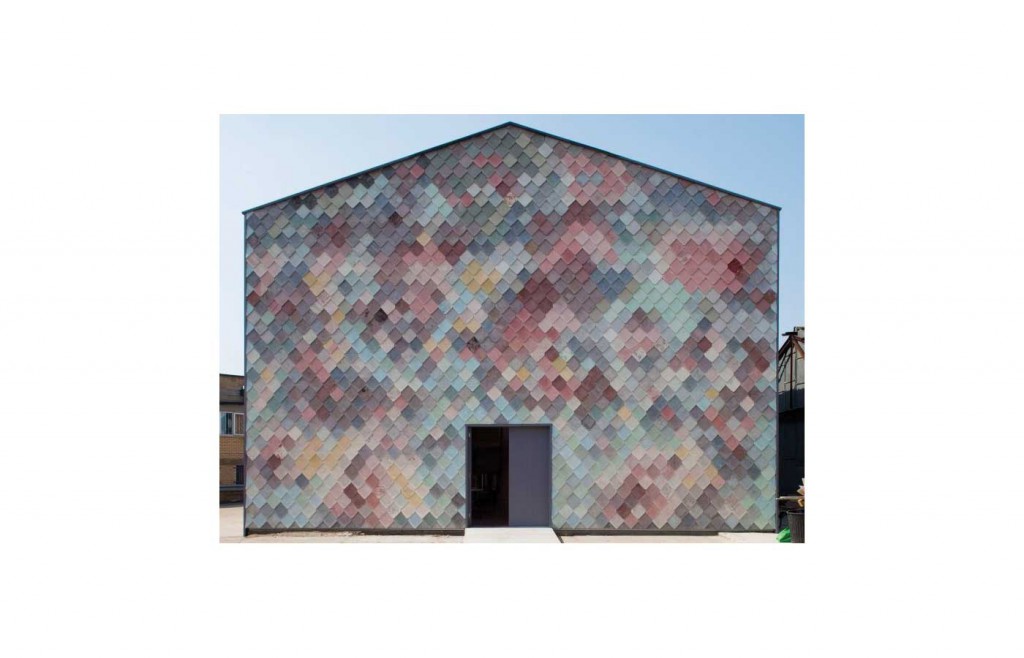 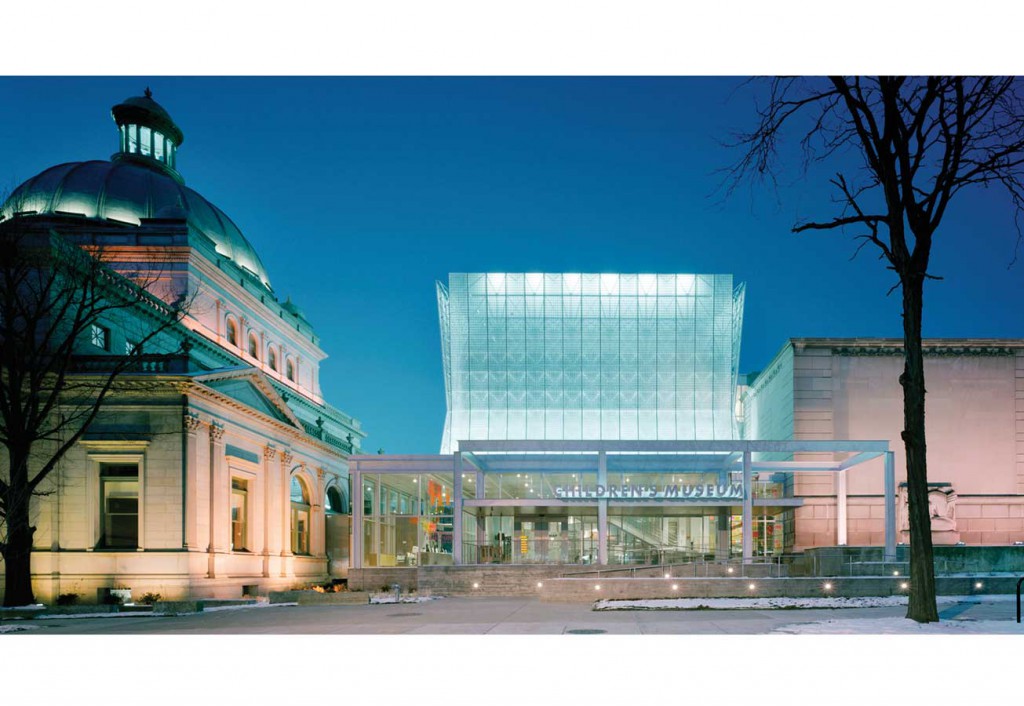