The projects, the travel, the weather and perhaps most importantly the community engagement – there are many rewards and challenges unique to working outside of Sydney, and there are many city practices engaged in regional work. We asked three Sydney-based firms to share their experiences and adventures from designing in the regions.

My childhood was spent on the move, as my engineer father moved between major civil projects, from western Victoria, to the Snowy, the Central Coast and many places in between. Each new place we lived was a new adventure and I grew to love the diversity of regional Australia, and the quality of its buildings. These experiences remained in my subconscious until I made the inevitable decision to study architecture and later establish my own practice.

After several years on major city projects, studying in the United States and working in Japan, it was an exciting challenge to be shortlisted for the design competition for the Shearers Hall of Fame at Hay. Collaborating with our landscape architect, Jane Irwin, we embarked on an intensive study of landscape, place, history, architecture and settlement patterns of the Hay plain and Murrumbidgee River. This knowledge informed our design and enabled us to work closely with the community to make a building that was not only of the place, but also quickly embraced by the town. In the process we found many highly skilled trades who revelled in the challenge of working on an unusual and complex structure.

A decade later, the Maitland Regional Art Gallery gave us a chance to work on High Street, one of the best and most intact main streets in Australia, with a superb collection of buildings from the early years of the 19th century to the mid 20th century. Peppered with $2 shops and vacant premises, the gallery gave an opportunity to bring new life to the town. Six years after opening the gallery has had a transformative impact on the town, with record numbers of visitors to ever changing exhibitions.

Our recently completed Tweed River Regional Museum at Murwillumbah had a nine year gestation period, with countless options balancing expectations against budgets, working with the council and community groups. By the time it opened late last year we had become part of the furniture. The museum is now firmly embedded in the community.

A common thread through each of these projects has been the passion of the client and user groups and the drive and vision of the individual project directors. The modest budgets demand resourceful design solutions – reflecting the spirit of regional Australia. Each building has been a modest but effective catalyst for change and rebirth. I have a distant memory of an observation made about the work of Luigi Snozzi in the Swiss Canton of Ticino: that the architect working in the small town can be like the village doctor, healing the broken bits and bringing new life.

Our first built project after opening our new design studio, Silvester Fuller, was to be the Dapto Anglican Church Auditorium (DACA). The project we envisioned was to be the first of a new generation of buildings for the Parish and a model for future buildings. We had recently returned from living and working overseas. Our work there involved a lot of travel and we were fortunate to be working on projects in places such as New York and Mauritius. It seemed fitting that our first project back in Australia should involve some kind of travel, even if only a two hour drive down the highway south of Sydney!

Working in regional areas is a very rewarding experience. It is possible to have a greater impact than you otherwise might in a more design rich city centre. There are of course challenges involved too and in many ways you are required to work harder to achieve a good design outcome.

Presented with a brief for a suburban black-box theatre, the design response repositions the church as a gathering point for the community. DACA is a reinterpretation of the traditional church within a contemporary social, environmental and economic context. The modest budget demanded construction simplicity combined with spatial clarity and efficiency, to produce a building that is easily identifiable while deliberately standing apart from its neighbours.

A number of groups within the church community were engaged to complete specific tasks with the ambition of establishing early ownership of the new building. We essentially had 400 clients all of whom were contributing in some way to realise this project. Sometimes this meant that elements were not finished exactly as we had intended but more important is the pride and sense of ownership the parish and community now have.

It was a pleasure to work with such insightful, collaborative and generous clients, the success of the project is indeed a great credit to them. If you are ever passing by drop in and have a coffee in the cafe. They are open and welcome visitors every day of the week and we hear that Reverend Stephen Semenchuk now gives a better architectural tour than we do!

Following on from DACA we have now been commissioned by the Anglican Diocese of Sydney to work on a number of new church sites and to re-envisage the future of the church building typology within these types of communities.

Goonoo Goonoo has always an element of excitement associated with it. It all started with flying to and from site visits in Tamworth by private jet. Despite it sounding madly extravagant, it actually meant we started our day with a client meeting in the sky and also wrapped up the day with another client meeting on the way back to Sydney. If the site meeting ran late, we simply called the pilot to delay departure; it really was highly efficient use of our time. Flying commercially recently, we actually missed our return flight. Thankfully it was not the last flight of the day, but we all hailed the days of flying by private jet.

Initially a private residential project incorporating alterations and additions to the heritage homestead (c.1860), and other heritage structures; a change of ownership resulted in a substantially expanded brief for Goonoo Goonoo: a new restaurant with commercial kitchen to service the adapted wool store as a function room, renovated cottages for self-contained visitor accommodation and renovation of the existing chapel for marriage ceremonies. The local community of Tamworth took a keen interest in the initial development and now the substantially public nature of the current redevelopment has received even greater community support. I am proud to be involved with a development that will positively contribute to the tourism industry of Tamworth and the New England Region.

Recent site visits have included an overnight stay at the new main homestead, with the owner cooking us a big country breakfast of eggs, bacon and tomatoes. When doing the documentation for this project seven years ago, I never imagined I would wake up in that room, looking out the window I had added to capture eastern views over the mountains. It was quite a special feeling.

Working in rural and remote NSW means we have to be prepared for a little spontaneity. On one occasion the station manager picked us up and took us on a lovely tour – proudly showing us his crops and new calves. I have learned about agricultural operations and the role of the station manager, jack/jillaroo and other employees, and their relationship with the owner. I have also learned that conversation with the station manager is always dominated by the weather. And, although their daily activity is governed by the weather, our site visits are not. They go ahead hail, rain or shine. I have never been as cold, in my life, as on site at Tamworth mid-winter. The local wildlife also adds to the excitement, the most recent encounter being with territorial wasps. They had a nest in a room we were trying to measure with the builder and I clearly remember thinking “these wasps seriously do not like Sydney-siders!” 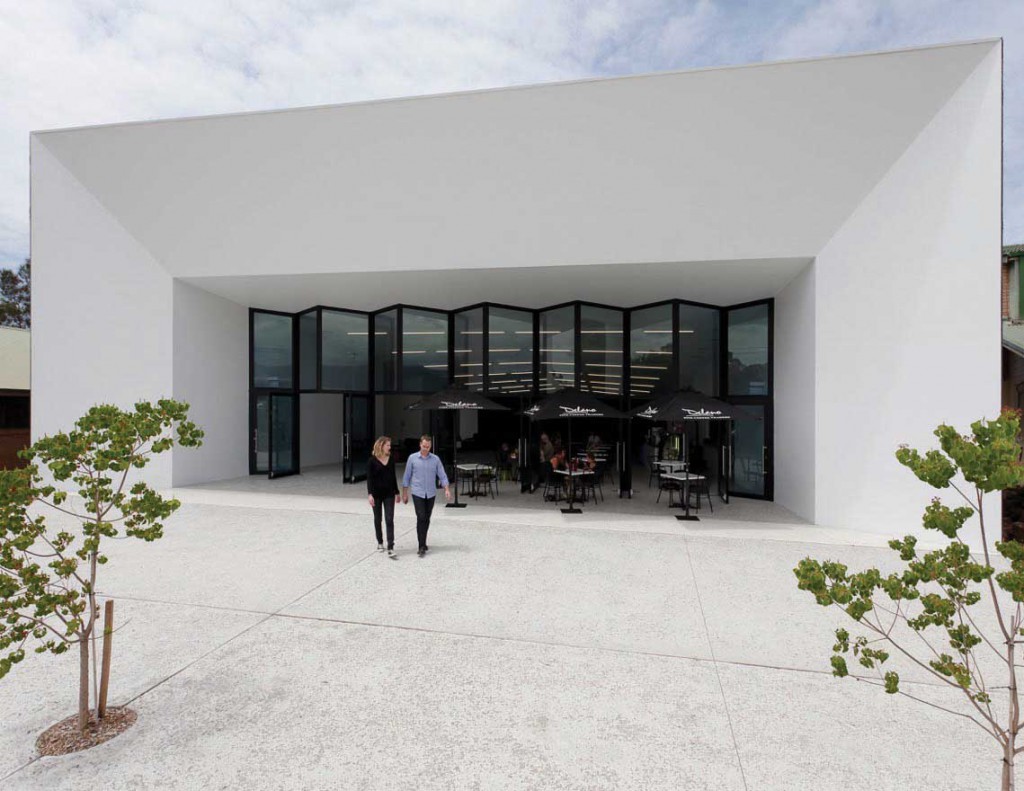 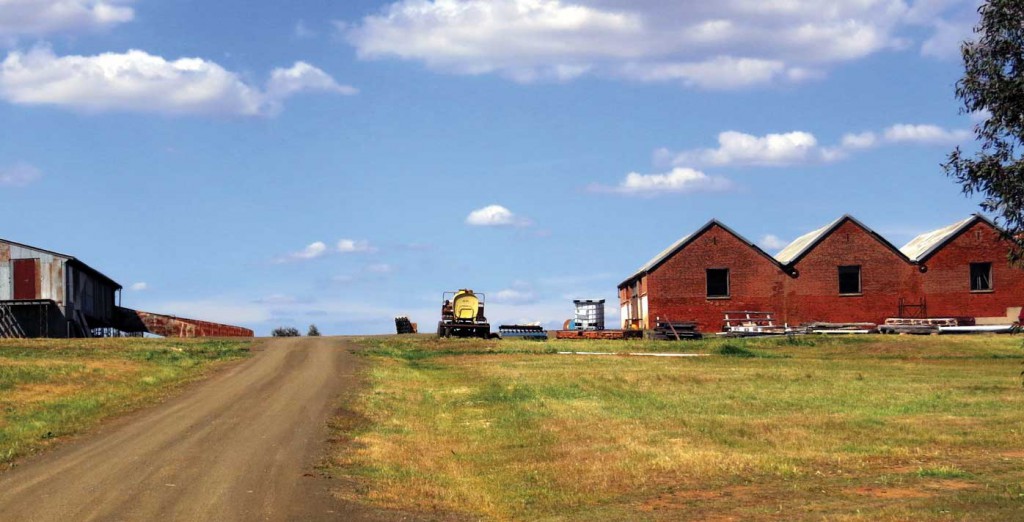 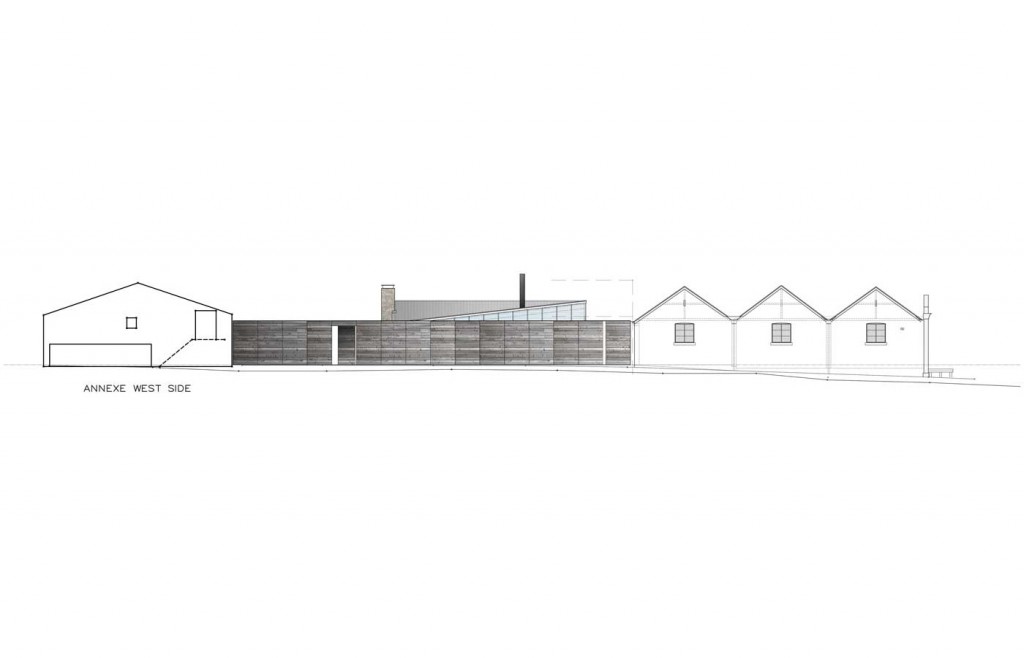