While my three siblings and I still looked forward to our annual camping trips it was becoming clear that Dad’s enthusiasm was wearing thin.

Ian McKay, who had by then married my mother Jenny, was aware that Dad was looking for a camping alternative when he stumbled across the bush block above Lobster Beach. Dad snapped it up in an instant. However it took some persuading from Mum to agree to engage Ian as the architect for his bush retreat.

Deeply conscious of his role as custodian of an extraordinary landscape, Dad (who previously had yearned for a “lean-to with luxury”) came up with a reference point for Ian: he wanted a dwelling evocative of an insect alighting on a rock.

Much to the shock of the locals, the “insect” – supported simply by two trusses – finally landed to sit gently on the ridgeline. There it was embraced by the magnificent angophoras that twisted from the rocks.

Ian had created a small wooden sanctuary: Japanese-like in its detail, it blended naturally into its bush setting.

Yes, it was far better than camping. Perched high between two waterways and bordering a national park, we were exposed to the elements while being sheltered in a superbly simple suspended loft – perfect for spying on the adults below and staring into the trees and stars at night. It became our special place. We cherished it, it felt different, it was breaking new ground, it wasn’t Sydney and it was ours. 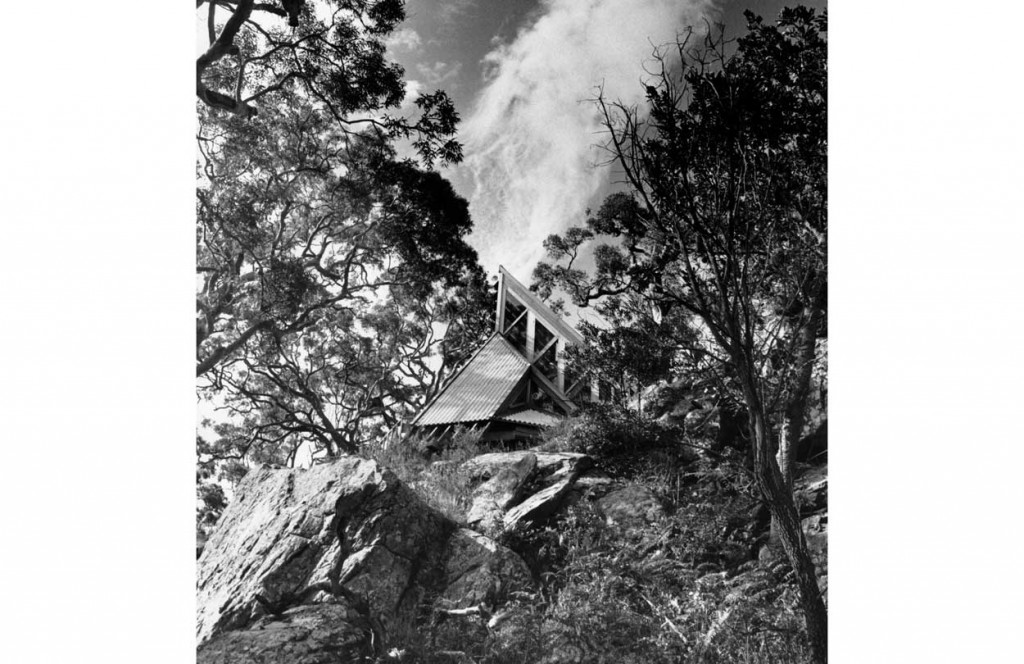