The staff in Sydney and Newcastle offices would like to wish everyone a very happy New Year! 2014 was particularly busy and all indications point to a similar state of activity this year. We are very pleased to report the Chapter had a 11 per cent growth in 2014 and are hopeful of continuing this advance during 2015.

Over the past year, several new task groups formed within the Practice Committee to address recurrent issues relating to the practice of architecture. The following new initiatives will be launched in the coming months:

GET: Gender Equity Taskforce will launch the Champions of Change program, which has been modelled on the very successful Australian Human Rights Commission program.

Mentoring has undergone a very thorough review with input from members across all stages of an architectural career. The new program will address generational mentoring requirements, with DARCH members mentoring students, and senior practitioners assisting emerging architects.

In response to the changing landscape of the profession, an online research portal for architecture will be launched in March. This resource will provide information about research opportunities for academics and research-based practices keen to become involved in the global trend towards research-based design outcomes. The portal will also be open to industry.

We are planning a comprehensive program of Continuing Professional Development (CPD) seminars for the first six months of the year. These events will include topics addressing the four core competency requirements for the 30 June 2015 accreditation deadline. Information about forthcoming CPD events will be featured in the weekly enews.

We would like to build on the achievements of 2014 by increasing the profession’s public profile across important advocacy issues for New South Wales, growing the Architecture on Show (AOS) brand to include all local council areas and capitalising on media opportunities surrounding the Architecture Awards programs in Sydney, Newcastle and Country Divisions. A new AOS website will be launched in 2015 to advertise upcoming talks, exhibitions and events for the profession and the community.

The Sydney Architecture Festival will be undergoing a review and we are keen to hear from members as to their vision for extending the range of programs and activities. Please email feedback directly to roslyn.irons@architecture.com.au.

In the past few months the Chapter has written to Lord Mayor Clover Moore endorsing the City of Sydney’s public art plan, made submissions on the State Government’s Rebuilding NSW proposals and the Legislative Council’s Newcastle planning inquiry, and sought discussions with Newcastle’s new Lord Mayor NuataliNelmes to seek greater involvement of the built environment professions in the remaking of that city.

But undoubtedly the issue that most exercised the committee in the latter part of the year was the Institute’s response to the release of the draft amendment to SEPP 65 and the accompanying Apartment Design Guide. As noted by NSW Chapter President Joe Agius (see page 2), minimum measurable standards for the key design principles are a necessity, but they were noticeably absent from the documents on exhibition. The Institute firmly believes that it is possible to create a policy environment that insists on a minimum level of design performance while facilitating and encouraging design excellence.

The committee commended the Department of Planning and Environment for providing revisions that seek to improve instruments that have been so successful in raising the quality of apartment design over the past 10 years. It was also pleased that the revised SEPP will cover shop top housing and mixed-used development in addition to residential apartment buildings. The Institute has recommended that in future years the department consider including other multiple dwellings under the SEPP, such as villas and townhouses.

The Institute’s submission noted the need for greater consistency between the SEPP and its accompanying guide with regard to language and terminology, and the possible separation of the guide into two sections, reflecting the distinctly different purposes of the information: content for use by councils in preparing their DCPs and content for the assessment of development applications. Above all, the committee recommended that the primary design criteria measures that have emerged over the past decade should be made the clear measures of future performance and given much greater prominence in the new SEPP 65.

Bates Smart has won an invited design competition to design the new Faculty of Arts and Social Sciences at the University of Sydney (pictured right). The new building will be connected to the historic R.D Watt Building creating a faculty hub between them. The design vision is to develop a building that simultaneously embraces the past and the future; based on the university’s courtyard typology it will integrate seamlessly into the historic campus. The courtyard is reinterpreted as an active ‘social heart’ for the faculty, providing a covered communal space that encourages social interaction.

The outer façade presents a contemporary contrast to the heritage context, utilising fine grain architectural sunshade elements to maximise amenity and provide a new public face for the faculty on Parramatta Road. A State Significant Development Application is planned for March 2015.

Tanner Kibble Denton Architects relocated to Level 1, 19 Foster Street, Surry Hills in November. The single-level workspace brings all parts of the practice together in a contemporary and flexible fit-out. TKD maintains the same phone, email and post details and is within walking distance from its previous Albion Street address of 25 years. Preceding the move, TKD secured a number of high-profile projects that will further define the practice in the coming years. Following the 2013 invited competition for a masterplan for the senior campus of Redlands at Cremorne, TKD has been commissioned to develop the masterplan and the stage one building for the Monford Learning Hub. The Governors Centre for Excellence is currently in concept design phase and includes a shared performing arts centre at Sydney Boys and Sydney Girls High Schools at Moore Park.

In Brisbane, TKD has been engaged by the Toga Group and TFE Hotels as the lead architect to redevelop 171 George Street as a new Adina Apartment Hotel. Last year marked the fortieth anniversary of the practice and saw major changes in ownership, management and the office environment; with this, TKD is well prepared for a dynamic year ahead.

We would like to welcome Debra McKendry-Hunt to the role of Chairperson for 2015.

As an initiative to offer more opportunities to collect formal CPD points throughout the year and utilise the fabulous office space available to our members, the Newcastle Division will be hosting six free CPD talks in the regional office every even month during 2015. The Division will host two ArchiMEET seminars and two Architecture on Show showcases at the beginning and end of 2015, with new venues being considered as part of the CBD revitalisation program. The 2015 Newcastle Architecture Awards nomination process is now open, with the introduction of new categories to allow more variety in entries for nominees. Nominations close 6 February 2015. The awards dinner will be held on 12 March 2015 at Merewether Surfhouse.

The PALS course is set to run in June 2015 offering members a refresher and new architects knowledge and skills in architectural practice. All Regional NSW members are welcome to attend.

The Lower Hunter Urban Design Awards (LHUDAs) will be celebrating its 40th birthday in 2015 with a twist: all nominees coming from the pool of winners from the past 40 years. All previous categories will be considered, and there will also be a new category: Enduring Architecture. The top five nominees from each council, as well as a top five selected by the committee, will be announced at specialty launch events in each municipality. All finalists will be on display and put up for public nomination at the Newcastle Herald Home Show on 25–27 July, with the winner taking home The People’s Choice Award. The LHUDA Committee have also taken the opportunity to reinvent the brand and will reveal a new logo and new awards in 2015. The awards dinner will be held at the Newcastle City Hall on 11 September 2015 and even if you are not a previous winner we welcome and encourage you to be present at this auspicious occasion.

We will again be hosting ArchiMEET regional seminars in 2015, with a new feature being offered in some locations that includes practical back-to-basics demonstrations with our sponsors. The Architecture on Show showcase series will also follow some of the regional events.

The Country Division annual conference is helping Bathurst celebrate its bicentenary and will be held at Rydges Mount Panorama, Bathurst between 21–25 September 2015, with the NSW Country Division Architecture Awards being presented on 24 September at a gala dinner. The awards nomination process will be available online early in 2015, with access via a fantastic new dedicated website that will allow nominees to submit and edit their entries right up to the closing date and upload their images from anywhere. For event updates visit the Institute website or email country-nsw@architecture.com.au.

Pittwater Council have recently undertaken a community heritage study. This is a council area that contains a series of highly regarded modern architect-designed residences which collectively show the different directions that Modernism took after having been introduced in this area by Sydney Ancher and Arthur Baldwinson in the late 1930s.

Demolition by subsequent owners continues to pose a threat to the postwar residences listed on the Register of Significant Architecture. Unless they are designated as heritage items under a Local Environmental Plan or placed on the State Heritage Register there is no statutory protection for these buildings. Recently Peter Muller was contacted by Pittwater Council with the news that the Hamilton House (1962) had been approved for demolition by a private certifier. Yet at the same time this well-documented design was one of the 53 new items proposed for statutory protection. Other architect-designed houses on the list of potential heritage items exhibited by Pittwater Council are also proposed for demolition including the Merson House designed by Harry Seidler. It is not the commissioning families who are proposing to demolish the houses, but the later owners.

There are also some notable omissions, the result of local residents having campaigned to have their residence removed before the list of potential heritage items was made public. These omissions include the Russell Slade House by Ian McKay.

An Interim Heritage Order has been placed on Muller’s Hamilton House so that its significance can be properly investigated. The house was substantially intact when sold in 2011. The purchaser must have been aware that the house was a work of a well-known architect; the real estate agents publicity clearly lists the architect and describes the intactness of the house. In 1962 the organic architecture in suburban Sydney was recognised internationally, the Architectural Review commenting that “the most flourishing school of Wrightians was in Australia these days”1. Pindari Place, Bayview, is the only location in New South Wales with houses by McKay, Muller and Rickard, the three leading exponents in the state of what Frank Lloyd Wright had termed organic architecture.

The community heritage study process is failing to protect the state’s 20th century architectural heritage. Residences that are well known among the architectural community, at a national level not just a state level, continue to be omitted from Community Heritage Studies, yet material on these houses is widely available in the public domain and is provided free of charge by the NSW Chapter on request. Recent Architecture on Show talks featured architect-designed houses in the Pittwater area by Muller, Rickard, Leplastrier, Peter Stutchbury and Ken Woolley.

Pittwater Council are to be congratulated for seeking to include postwar architect-designed houses in their LEP, and for contacting Muller to seek his views regarding the Hamilton House, however, it remains to be seen if the Hamilton House can be saved and protected.

Editor’s note: At the time of publication, Rob Stokes, the Minister for Heritage, has approved an Interim Heritage Order for the Hamilton House. 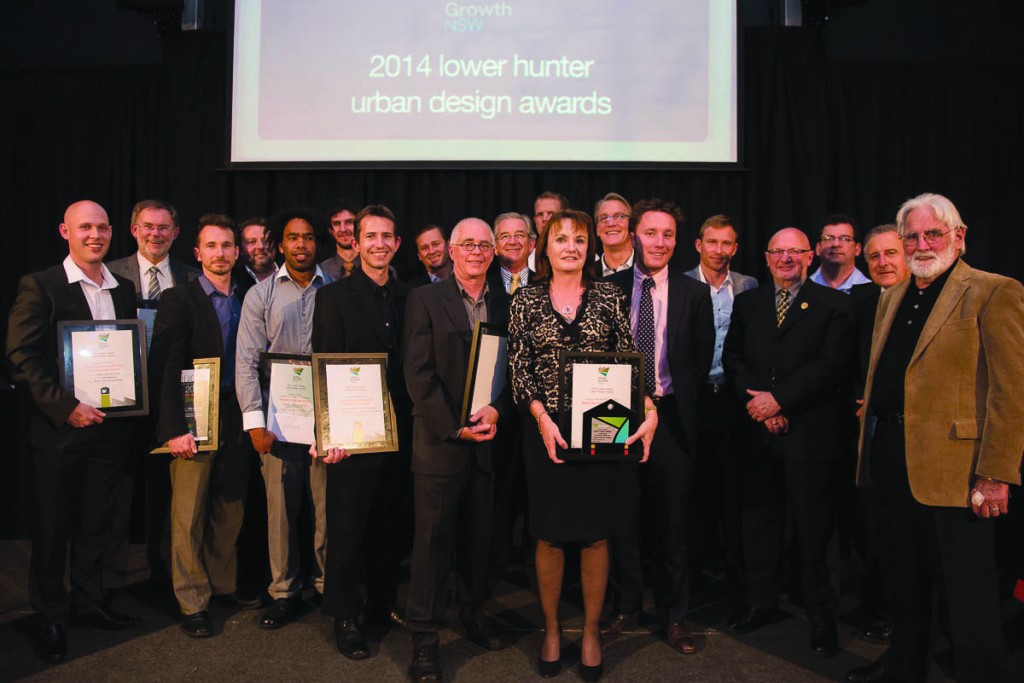 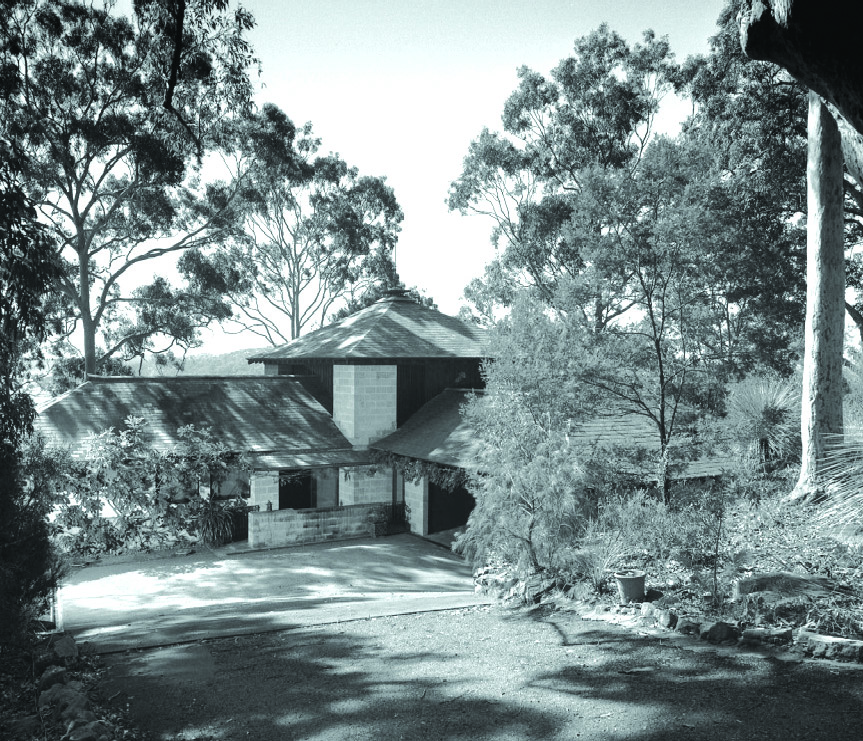