HERITAGE AND LANDSCAPE AS HUMAN VALUES

Since 1976 Australia ICOMOS has been committed to improving conservation philosophy and practice for culturally significant places. With over 600 members it’s one of the largest national committees of the Paris based NGO which acts as a cultural heritage adviser to UNESCO. Australia ICOMOS members developed the Burra Charter in 1979 to guide Australian conservation practice, and it’s widely regarded today as international best practice.

More than 1600 participants from 94 countries represented 73 of the National Committees of ICOMOS and 28 of the ICOMOS International Scientific Committees (ISC) at the 18th triennial General Assembly last November. The Australian delegation numbered 45, presenting scientific papers, chairing committees and program sessions.

The theme of the Florence GA was two-fold: heritage as a human right and the importance of landscape heritage in building a peaceful and democratic society. The Assembly adopted the Florence Declaration on “Heritage and Landscapes as Human Values” resulting from the discussions during the Scientific Symposium.  Speakers argued that ‘In Europe, the farmer is an endangered species’ citing compounding threats to landscape that require the development of new management concepts that bridge the gap between culture and nature conservation. The critical importance of sharing knowledge -innovative and traditional- amongst conservation practitioners and those responsible for the complex management and governance of cultural landscapes resounded in most case studies.

After many years of debate, the members at the GA agreed to amend the ICOMOS Statutes, dating from 1978, to improve the organisation’s governance and incorporate in the new statutes the ICOMOS Ethical Principles; the essential, internationally agreed, statement on professional ethics which governs the work of all ICOMOS members.

Forty nine resolutions were approved by members at the GA on international heritage matters, ranging from protecting Russian Avant Garde Architecture, which is increasingly at risk, to developing an international Heritage Toolkit of on-line guideline resources – a project Australia ICOMOS has already initiated nationally .

A dozen international honorary members of ICOMOS were announced, including Ms Kristal Buckley, a former ICOMOS VP, from Australia.

Of special satisfaction to the delegation of 45 Australians at the GA was the resounding election to the international ICOMOS Executive Committee (2015-2017) of Sydney architect Peter Phillips, Life Fellow of the Australian Institute of Architects and a past Chairman of the RAIA (NSW Chapter) Architecture Conservation Committee.

In addition to the GA business sessions, over 60 evening and side events, including a Youth and Heritage Festival, were held during the GA programme – the most important being the celebrations of the 50th anniversary of the Venice Charter and the 20th anniversary of the Nara Document on Authenticity.  Florence lived up to its reputation for fine food and wine, and repeat visits to the newly refurbished San Lorenzo Markets were enjoyed by all, demonstrating how the city has embraced food as cultural heritage and promotes it so successfully.

Of particular relevance to Australian architects was the international launch of guidelines for Twentieth-Century heritage management entitled: Approaches for the Conservation of Twentieth-Century Architectural Heritage (Madrid Document)². This publication marks the finalisation of an international review process by the ICOMOS ISC for Twentieth Century Heritage, and the translation of the document into a dozen languages already is an indication of its usefulness in architectural practice.

The papers presented at the Scientific Symposium of the GA will be published.  The papers focussed on tourism and interpretation; environment as cultural habitat; sustainability through traditional knowledge; and local empowerment. The theme on emerging tools for conservation practice included papers on projects involving the use of survey drones to map archaeological sites; underwater robots; a multitude of new GIS and laser scanning applications from art restoration to entire landscape units; and practical survey and engagement tools such as the Arches Project, presented by the Getty Conservation Institute.

The ICOMOS Florence GA was notable for the increasing visibility and audibility of a newer generation of Asian colleagues, even though the event itself was in Europe and focused in part on the achievements of that region.  Also evident was the increasing number of new young members involved in international ICOMOS activities, lending vitality and fresh engagement with ICOMOS, which this year celebrates its 50th anniversary.

The next ICOMOS GA will be held in Delhi, India in October 2017. It too will be a lively and stimulating event showcasing newly emergent Asian committees with a diversity of conservation approaches open for debate.

Sheridan Burke is a partner at GML Heritage and is president of the ICOMOS ISC (Twentieth Century Heritage). 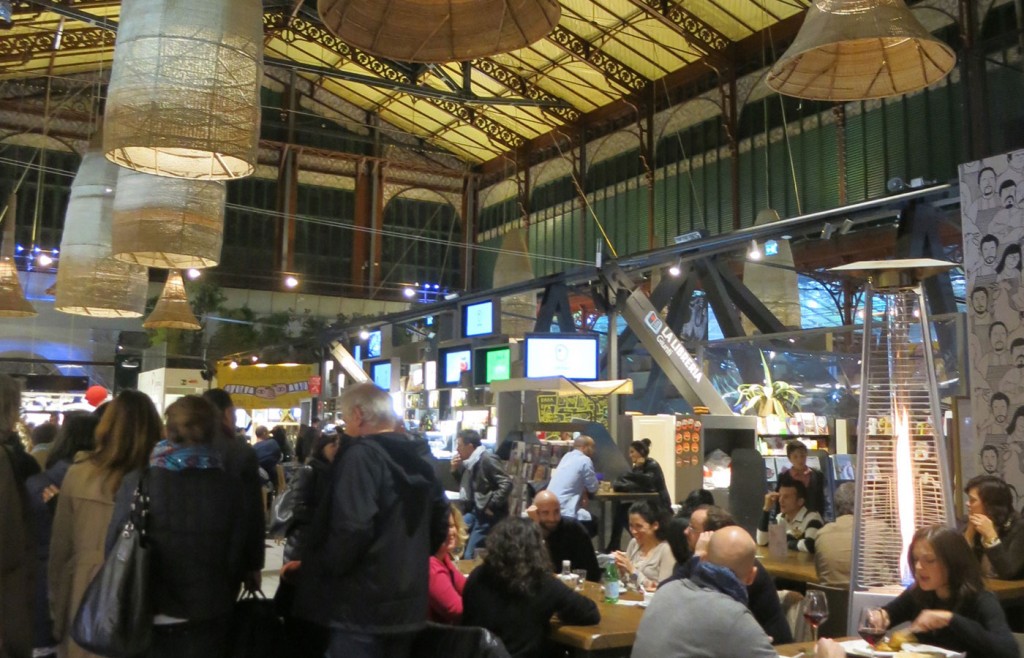