The Save Our Sirius group has raised over $50,000 in a crowdfunding campaign to support this legal challenge. A well-attended march and rally in September tapped the high level of public awareness of the issue, generated by reporting and comment in both mainstream and social media.

The Sirius building is a fine example of Australian brutalist architecture. It’s also a highly innovative design that is sensitive to its historic context and to the needs of its social housing tenants.

On top of all that, it’s a building that owes its very existence to the Green Bans movement. That struggle challenged the Askin government’s attempts to disperse low-income families from The Rocks and Millers Point and resulted in the Wran government’s introduction of heritage legislation in 1977.

How ironic that we are now fighting the same battle over the same issues more than three decades later in defence of a building that embodies that very struggle! As George Santayana said: ‘Those who cannot remember the past are condemned to repeat it’.

Trisha Croaker’s ‘Amazing Designs on Sunday’ column in the Sun-Herald was axed in August, along with most of the other Domain content in that paper. In the past four-and-a-half years Trisha profiled more than 225 architect-designed homes and introduced their architects to an audience
of more than one million readers each week, as well as encouraging a greater understanding of architecture and design-related issues. Reader feedback was always positive.

The Institute is grateful for Trisha’s persistent focus on design quality and her understanding of the role of the profession in creating liveable places for people. We thank her for the clarity and consistency
of her analysis and advocacy.

On a happier note, I am pleased to congratulate Clover Moore on her re-election as the energetic and visionary Lord Mayor of the City of Sydney. The NSW Chapter looks forward to four more years of open and consultative governance and a continuation of the City’s progressive design excellence strategy.

The Lord Mayor’s design excellence record is exemplary. Nine city projects have been honoured in the NSW Architecture Awards during the past 12 years. She was the recipient of the NSW President’s Prize
in 2010 and presented the inaugural Lord Mayor’s Prize in 2013.

Two initiatives in recent weeks by NSW Planning Minister Rob Stokes deserve our congratulations. Better Placed, prepared by the Office of the Government Architect, is a comprehensive design policy that lays the foundation for a design-led planning strategy and guidelines supporting better architecture and urban design.

The Minister has also released a new policy to encourage the design and construction of terraces, manor houses and other forms of medium density housing.
The code will enable some forms of medium density housing to be assessed as complying development. The code is accompanied by a design guide that provides minimum standards for this kind of development, based on the same design quality principles as those in SEPP 65. 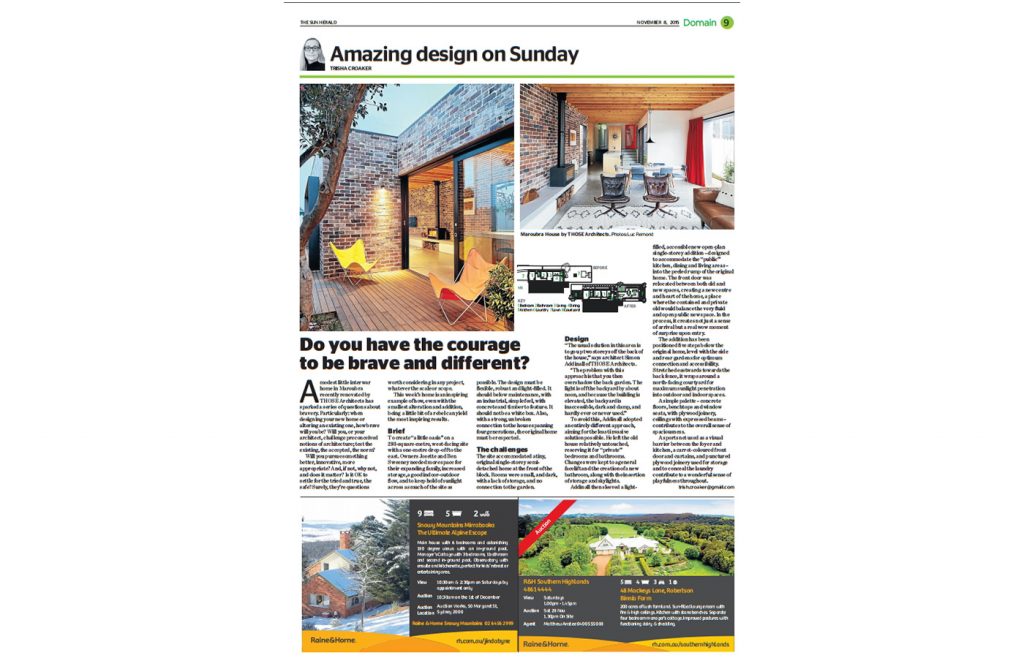