Nicola Balch: The Parramatta River Catchment Group (PRCG) has set admirable targets, can you give us some insight into how this campaign came about?

Sarah Clift: The PRCG was established in 2008, primarily from the need for coordinated regional management of the Parramatta River and its catchment. In terms of governance the catchment has 13 councils all managing aspects of stormwater and pollution, Sydney Water managing the sewer system, Roads and Maritime Services managing the main river itself, and many other agencies managing aspects such as planning, regulation, research and monitoring. If you’re actually going to be serious about managing a catchment you have to have a co-ordinated group of stakeholders in the room saying, “how are we going to do this?”

NB: So the catchment group runs largely as a steering committee of coordinated council members across the catchment?

SC: Yes, we are essentially the collective of our members. We are a low resourced group in terms of the coordinating body, but high resourced when you think we are the combination of 16 agencies, which is 13 councils and 3 state government agencies. When it comes to projects, the governing body of that land co-coordinates the works but we guide the direction as to where those works should be taking place. We essentially provide them understanding of how the river works.

NB: Does having all the councils around one table on the topic of water quality put the pressure on other local government authorities to compete, or inspire to live up to the agenda?

SC: It gives them a focus and a reason to work with each other. The difficulty with boundaries is that you have some councils that have the foreshore and that are directly engaged with the river itself, and then you have those that are managing the catchments. Ultimately if the councils are not managing their catchments really well then not going to get the [desired] water quality outcome.

NB: What you are describing is exactly the water quality problem that McGregor Coxall faced with the Parramatta City River Plan. We put water quality initiatives at the forefront of the design. However, in the end it came down to what was happening upstream in the broader catchment. We were not going to get primary contact in isolation, it wasn’t going to do the trick. You can’t, however well- intentioned, decide to improve the city area for swimmability, because it’s connected to this broader complex system into which many of the 13 councils are still injecting stormwater and sewerage overflow.

SC: You’ve just explained beautifully the difference between creating a liveable edge and a living river. Councils can do really well in a particular geographic location but if they are reliant on something that is a regional issue then you need that regional coordination. There are two stages to making the river swimmable again, [first] we are going to identify six pilot sites that we will be making the central focus of a Parramatta River Masterplan which we are working on over the next 12 months. They will be the areas we target for the 2025 plan [second stage] where we will focus on what is going to have to happen on a regional basis to get those sites swimmable again.

NB: With the second stage you are targeting the development of a water quality management system.

SC: Exactly, we’re calling it the Riverwatch Program. In the 1980s there was a huge community uproar and campaign and turn around in terms of how sewerage and stormwater overflow was being managed around Sydney’s beach areas to bring them back to world class beaches. We are trying to draw that west along the river. These communities are growing. We need to make a place so that those living in these areas don’t have to travel over an hour to get to a swimming waterfront location.

NB: If this happens within the 10 year program you have set out, the impact on urban change will be incredible – creating segments of the Parramatta River foreshore that you can truly physically engage with. It will be exciting to see what that does to the land, the form, the housing value and the liveability of suburbs west of the CBD – particularly in tandem with all the work that is being put into knowledge job generation in western areas.

SC: Yes, well it’s essentially everywhere from Cockatoo Island west. That’s the point, to have the capability to look at the activation at some of the harbour beaches and establish similar sites further west. Not everyone needs or wants to swim but it creates this magnet of social activity.

NB: The main thing the media picked up on for the Parramatta City River Strategy was the beach, McGregor Coxall hadn’t even heard of your ambitions when we put that one though.

SC: It was funny actually because it’s just one small segment of the entire of your plan. But it turned out to be this amazing precursor for us launching this campaign to make the river swimmable again. Because part of all the media about the beach was “why would you want to go to a beach if you can’t swim?” It’s a big question as to whether you can make the CBD section swimmable in that time.

NB: Yes, that would be highly ambitious, the PRCG is tackling a lot with the six sites alone. But implementing such strong WSUD initiatives in the city and improving the quality of these key sites are steps in the right direction.

SC: Some of the sites we know we can realistically get swimmable within the targeted timeframe. They are the first pieces of the puzzle really. Sites that are beyond the 10 year timeframe, but we want to have as activated swimming sites, we can look to other interim measures as we look toward water quality and natural swimming over a longer period of time.

NB: Do you have any fixed targets that you need to achieve in order to get the 2025 vision happening.

SC: That’s really what we need to work through with the masterplan this year, we will conduct water quality modelling around the six sites. We have never actually had water quality modelling done that integrates both sewer and stormwater. For the first time we will develop an integrated model to identify what key things you would need to do and specific targets you would need to achieve within the catchment in order to get those sites back to swimmability. The plan is to come up with the scenarios then take them to the community and stakeholders and ask which of the options to achieve swimmabilty in those areas they prefer. That comes down to an urban design overview, to look at where and what is required and let the community and stakeholders to make an informed decision. If they are not prepared to choose one of those options, then we won’t be able to make that site swimmable and we need to consider alternative sites.

NB: It is becoming a prolific leading city agenda, we are witnessing this historical transition in cities worldwide, that were essentially born from their major river physically and environmentally turning their backs on them, decimating them and slowing reorienting themselves to recognise these systems as an asset once again.

SC: Exactly, the connection is a clear one, if you have a look at our online voting system you’ll see all the sites the public have selected were in fact historic bathing sites along the Parramatta River. Dawn Fraser’s brother used to take her down to the water to teach her to swim – that is where people went. The Parramatta River’s history of activation dates back to our Indigenous population and how they engaged with the river. 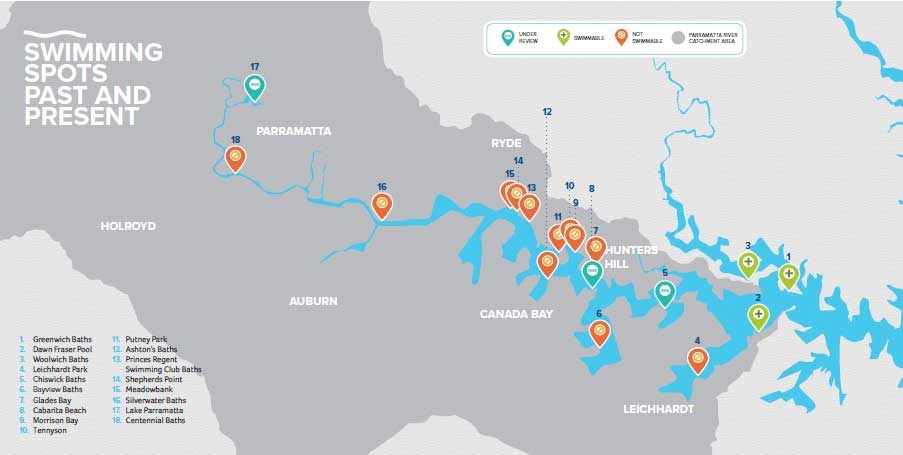 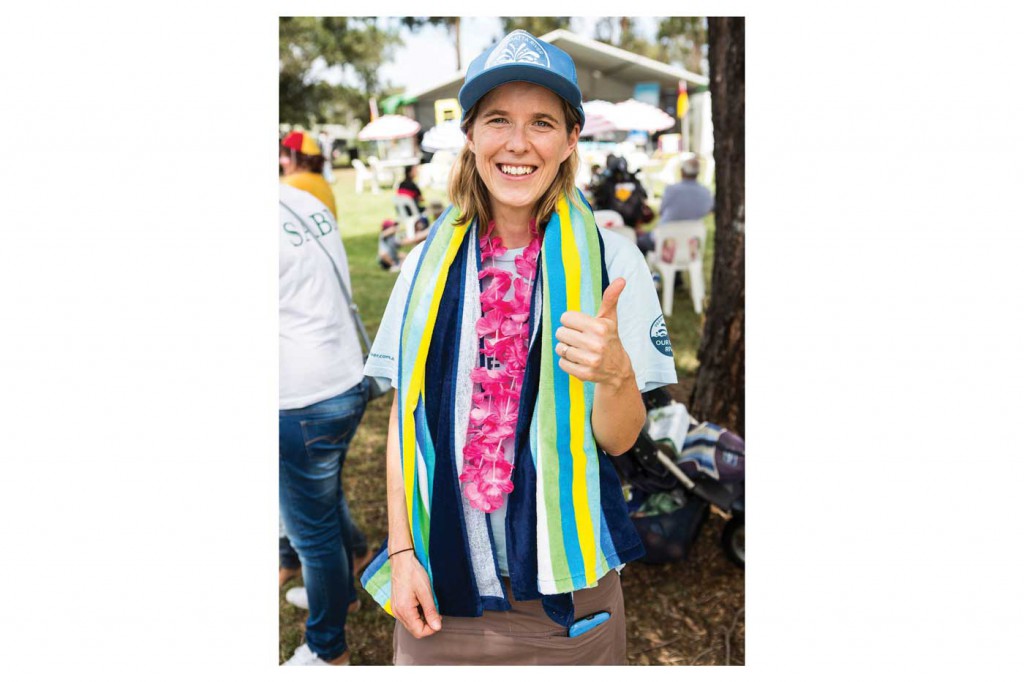